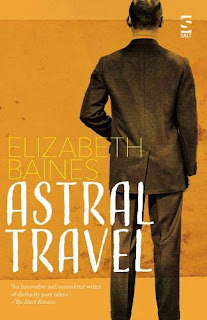 About a charismatic but troubled Irishman and his effect on his family, explores the way that the secrets forged by cultural, religious and sexual prejudice can reverberate down the generations. It’s also about telling stories, and the fact that the tales we tell about ourselves can profoundly affect the lives of others. In a framing narration that exposes the slippery and contingent nature of story, an adult daughter, brought up on romantic lore about her now dead father but having experienced him very differently, tells how she tried to write about him, only to come up against too many mysteries and clashing versions of the family’s past. Yet when a buried truth emerges, the mysteries can be solved, and, via storytelling’s power of empathy, she finally makes sense of it all.

An author decides to write the biography of her father, a man who seemingly never loved her and a man she spent most of her growing up years in conflict with. But to flesh it out she needs to reconnect more closely with her family. It's then that she finds that there was so much that she didn't know.

Be prepared to become involved in the story as it unfolds, piece by piece, in random order, like a jigsaw, only revealing the picture to the reader and narrator at the end of the telling. He is a man that sees the worst when there's nothing to see. He's prone to very violent fits of rage that he turns against his family. But he's a man protecting a secret - one that the writer doesn't know but her sister thought everyone in the family knew.

It's a very tumultuous journey for the reader but a journey worth staying on.

The more I learned, as a reader, about the man then the less I liked him but I couldn't stop reading. It's very well written and there are pieces along the journey many of us can relate to, but don't expect a happy ever after. I was left sympathising with the narrator and her family but also understanding a little of why she had missed so many signs growing up while her sister hadn't.

I really loved this story, which I received an ARC PDF version of, but it's not for the faint hearted. Highly recommended.

There ought to be a "If you are affected by any of the issues in this book..." to accompany it - but if you are then PLEASE find someone to talk to about it.