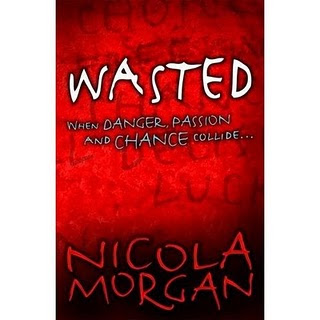 Jack has a band, a gig and no singer but is carrying on with organising the gig regardless because he believes Luck will deliver him a singer when he needs one. He is not disappointed with his Luck or the singer he finds by chance. Jack is a man obsessed by luck and decisions made by the toss of a coin - Jess must come to terms with this if they are to be a part of each other's lives.

Maryom reviewed Wasted and gave it five stars but seemed to come away with something different to me. For me it was an emotional roller coaster that nearly reduced me to tears at one point. There was love, hate, fear, grief, regret, compassion and so much more.

My father died hooked up to machinery in ICU and I struggle, still after 12 years, with scenes involving ICU but this time the scene was so alive, so well portrayed, I was back there - the last time I saw him.

Yes, we are invited to spin a coin to choose the ending but I don't do 'luck' I am afraid so I read both and chose the ending I wanted. In the end I must say I wanted neither ending - but then I am sometimes a hopeless romantic.

A not to be missed book and there has to be space in holiday packing for it!
Posted by The Mole at 00:01