The Dead Pass by Colin Bateman 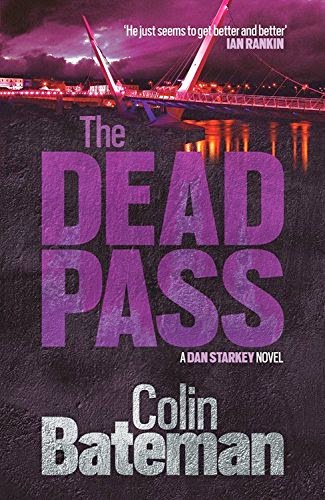 This is one of those books that turn up for review, totally unexpectedly, and I just pick it up out of curiosity  - and think 'I'll give it a look-see'  then Wow! Why had I never heard of this guy? Because despite the long string of novels to his credit - and screen plays and the TV series Murphy's Law - I hadn't. (sorry, Colin, if you're reading this) You can probably tell I liked this book, a lot!
If you're a fan, you'll know what to expect but if like me, you're a newcomer, then expect a Philip Marlowe-style first person private-eye thriller set against the backdrop of present day Northern Ireland with its sub-culture of gangsters and terrorists. Dan Starkey is the same sort of wise-cracking guy, with a funny line always ready - and always getting him in trouble. The setting is as 'noir' and the plot as convoluted as you could wish for.
As for me, I'm off to check my stash of unread crime books, or, failing that, the library in the hope of finding more by Colin Batemen ....it turns out this is number NINE of a series so I've some catching up to do