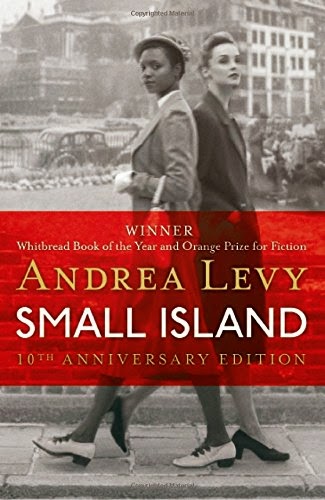 Gilbert Joseph was one of many Jamaican men who left home and came to help their 'mother country' Britain during WW2. During his time in the RAF he was treated with a certain level of curiosity, but nothing that could have prepared him for the outright hostility that meets him when he decides to find work in London in 1948. Fortunately, his wartime friend Queenie Bligh, still awaiting the return of her husband, has a large house with rooms to spare. When Gilbert's wife Hortense arrives though, things aren't as she'd imagined. From all the stories told in Jamaica, and everything she'd learned at school, Hortense expects to find, if not quite streets paved with gold, a refined, sophisticated city full of well-spoken, cultured people. What she doesn't expect to find are the crumbling buildings and shabby, post-war feel of post-war London, people's everyday rudeness and, above all, the prejudice and discrimination against black people that she soon encounters.

Small Island is one of those vast sweeping books that moves backwards and forwards in time and geography, as the lives of four people join, split apart and rejoin.  Set in 1948, with flashbacks to the war-time years, it tells the stories of two young couples, Jamaicans Hortense and Gilbert, and  English Queenie and Bernard, and through them of the prejudice and bigotry facing the post-war wave of West Indian immigrants.

Dealing with the weighty issues of immigration and racism, it could all have fell flat in a dull but worthy way; instead the author tackles them in a readable manner, with the emphasis being on the story; exposing all the prejudice without preaching - just showing events and leaving the reader to their own conclusions. Although it helped me to understand the fears and prejudices of my parents' generation (that of Queenie and Bernard), the British attitude was enough to make me cringe. Even so, it seemed positively welcoming at the side of Americans with institutionalised racism, protected by law and custom.

Among a raft of awards Small Island picked up Whitbread Book of the Year and Orange Prize for fiction and is now back in a tenth anniversary edition. Shame to say I hadn't read it till now. I'd tried to watch the TV series but abandoned it as a bit dull, thinking that I'd try the book instead. Then my daughter read it at college and said how really good it was, but that I might not like it. Well, she was wrong! I loved it!