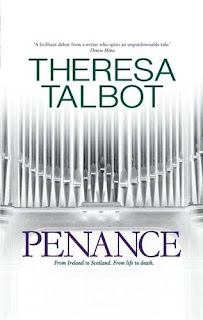 TV journalist Oonagh O'Neil is on the trail of a story about the scandal of the Catholic Church's Magdalene Institutions, particularly one in Glasgow, but her investigations are thrown off course by the sudden death of a potential informant Father Kennedy. Her private life is in turmoil as well, as her married lover doesn't seem to accept that their affair is over .....and, when the police begin to think there may be a link between him and Father Kennedy's death, things are going to get even worse for Oonagh...

With a considerable cast of characters, and events unfolding in both 2000 and in flashback to the 1950s, I found this a little difficult to get into at first. Once people and events were straight in my mind though, I could hardly read fast enough! I really wanted to leap to the last chapter, or even the last page, to find out whodunnit without having to go through all the twists and turns and red herrings. As you might guess from that, the plot is far from simple - a different culprit presents themselves almost every chapter - and keeping track of everyone  - Oonagh, her lover Jack, her friend Catholic priest Tom Findlay, sleazy journalist Charlie Antonio, DI Alex Davies in charge of the investigation plus other supporting cast - remembering what they know, where they've been, who they've seen and talked to - is enough to leave your head buzzing.

Oonagh is the sort of female character who gets labelled as 'feisty', sometimes too feisty for her own good I rather thought, but, like any good journalist, once she's given a lead she won't put it down until she's followed it to the end, no matter how bitter.