The Forgetting Time by Sharon Guskin 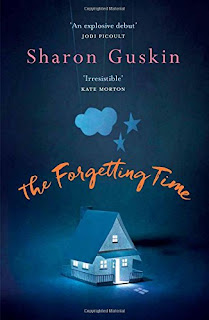 Noah is  a troubled four year old who knows things other kids his age don't - all about Harry Potter or guns or how to score baseball for example. At night he's plagued by dreams of drowning, and cries for his mama to rescue him, but when his mother, Janie, tries to comfort him, he insists she isn't his real mama - that he lives somewhere else, with another family. Growing increasingly worried, Janie consults various doctors but the best they can suggest is that Noah must be schizophrenic, so in desperation she approaches Dr Anderson, a scientist who believes he's encountered such cases before and that they are attributable to reincarnation, and the remembering of a previous life. Janie is clutching at straws, and Anderson's interest is solely in writing up Noah as a case-study, but together they decide to track down this other family that Noah talks about in the hope that meeting them will end his nightmares.

A young child remembers a previous life, details of his 'other' family, his pets, his old house and the way in which he died. To settle his nightmares, somehow this past life must be confronted and someone presumably brought to justice for his murder. It's the sort of plot-line that you could imagine Mulder and Scully working on in the X-files, one willing to believe in any supernatural happening, the other looking for scientific evidence to support the theory - and in that sort of setting, this whole story would have sat more comfortably for me. Here though, there were such a lot of personal side-issues that I found distracting from the main story-line, so while some parts had me intrigued and wanting to know what would happen, others left me cold.

I'm not sure whether this should be classified as a 'crime' novel or not - there is a certain element of murder mystery about it, but it doesn't really pan out into anything complex or gritty and is quickly and easily solved.
There's a little of Alice Sebold's The Lovely Bones about it all, and if you liked that book (I didn't) this may appeal to you - just as you don't need to believe in ghosts for one, you don't need to believe in reincarnation for the other.