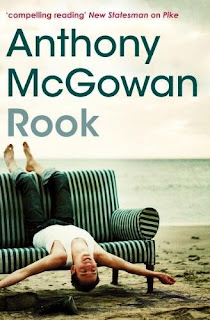 Out walking their dog one day, Kenny and Nicky find a rook, attacked by a hawk and only clinging on to life by the merest thread. Kenny, always naive and too trusting, remembers how they saved a baby badger, and is sure they can do the same again for 'Rooky', but Nicky isn't convinced. In fact he's not really interested. With Kenny's learning disability, and his dad's troubles after their mum left, Nicky always feels he has to be the one to look after the family, but now  his dad's got a new girlfriend and is starting to get his life in order, and Kenny is busy making new friends at his school. Meanwhile  Nicky has problems of his own mounting up - trying to attract the attention of his first love, and avoid the attention of the school bully. Life's about to get complicated for him ...


Nicky has fallen for a girl in his year, Sarah Stanhope, but how can he even start to talk to her?  At school he's either surrounded by his mates who suddenly seem so very childish or on the receiving end of the school bully's attentions. Trying to catch her after school seems like a good idea, apart from the way it turns into stalking. In fact, if you could think of a wrong way to attract a girl's attention, that's probably what Nicky's doing! To make matters worse, that school bully is her brother! If Nicky's to win Sarah over, or even get to talk to her, shouldn't he make a stand against him? But when that plan goes disastrously wrong, Nicky looks like losing everything.

Brothers Kenny and Nicky, familiar from Anthony McGowan's previous stories, Brock and Pike, are back with a third instalment of their story, this time about the thorny problems of teenage relationships.  I can't claim to having seen every book published for teens, but there generally seem to be more stories dealing with teen relationships from the girl's point of view. McGowan takes the reader on a boy's eye view of the world - where you maybe feel a need to stand up physically against bullies, where a good idea so quickly and easily turns into a disastrous one, and girls have suddenly become strange beings that it's impossible to talk to. Sometimes you'll laugh with him, sometimes at him, sometimes just cringe for him, but throughout the reader is firmly on Nicky's side.

Barrington Stoke books are designed to appeal to reluctant and dyslexic readers, with an off-white background and clear font, but above all they're interesting, compelling stories. The reading age for Rook is 8+ but the story is definitely one to appeal to teen readers.
Read the first chapter here