The Killer's Daughter by Vivian Oldaker 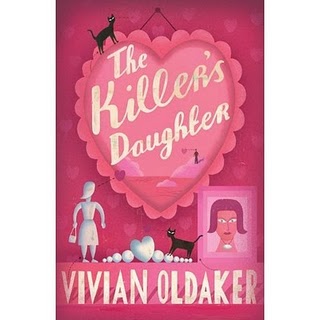 A Murder Mystery and Bullying - two tales in one.
review by Maryom

The Mole has already reviewed The Killer's Daughter but as we're currently running a competition for you to win a personalised copy of it, I though I would read it too. I'm extremely glad I did.


Emma Xenos doesn't quite fit in - she's just moved to a new school and is having to re-take Year 10, she plays the saxophone and likes jazz instead of pop music, reads 'classics' for fun, has a crush on John Travolta rather than Orlando or Zac and, as if all that wasn't enough to single her out, her father was the prime suspect when his ex-film star mother-in-law was found dead at the bottom of a cliff, even though the court cleared him it doesn't make him innocent in the eyes of gossiping neighbours.
Needless to say Emma finds it difficult to settle in her new school - new friends are warned off by their parents, one of her class-mates targets her for bullying - her father and step-mother are wrapped in their own plans of making a fresh start in France where hopefully no one will have heard of them and Emma becomes convinced that the only thing to do to stop her own niggling doubts about her father's innocence is investigate her Grandmother's death herself.

The Killer's Daughter is a book with two threads - Emma settling into her new home and school, making friends - and maybe a boyfriend - standing up to bullies - and the mystery surrounding her grandmother's death.
I think this must be one of the best books I've read dealing with bullying. The reader sees how Emma is deliberately, maliciously picked on by Megan Marsh and her gang, but also enables us to see the teachers viewpoint - where both girls are equally at fault so both bully and victim are treated alike. Also, with the growing friendship between Emma and Bruce from the corner shop, come issues of teenage relationships and sex.
The mystery surrounding her grandmother's fall felt a little lacking and too easily solved, which is why I've given 4 1/2 stars - but maybe this is only in the eyes of a mature who-dunnit reader used to more complicated, convoluted plot twists.


We did an interview with Vivian after TheMole had reviewed it and currently we are proud to be hosting a competition to win a personalised copy!