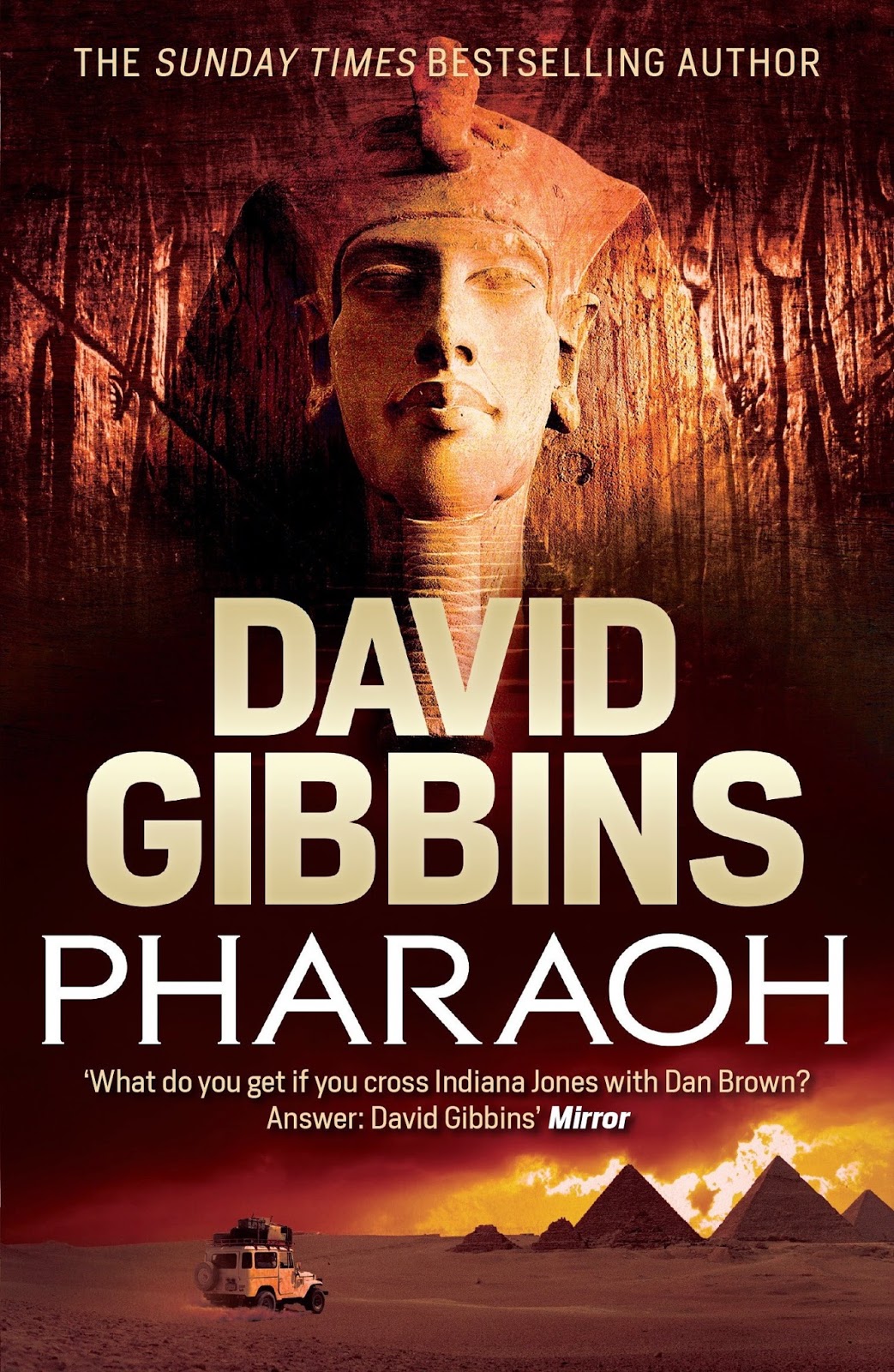 Jack Howard is diving off the coast of Spain in search of a ship that went missing in the 19th century carrying Egyptian treasures from the times of the Pharaohs, while another team from the IMU are conducting a dig in Sudan. Meanwhile a Sudanese official is waiting until they show their hand to move in and reap the benefits of their efforts. But many of these discoveries are not new but go back to the 19th Century and have been relost somewhere along the way. Can Jack and the team keep these artefacts away from drug lords and deliver them safely to the proper authorities. And what is the true and complete extent of what is to be discovered?

The opening prologue has us in the desert with the Pharaoh Akhenaten undergoing a ceremony, grudgingly on the edge Egypt. His intentions are also not very appropriate to his rank and he turns things on their heads a bit. But the full implication of his behaviour is not explained to the reader and we must wait to find out.

The rest of the story is told through two separate time lines that we keep switching between. The first is the present day with Jack Howard revisiting many of scenes from the second time line and trying to interpret what happened in the 19th century as well as trying to piece together the happenings in ancient Egypt, while also chasing around the world and trying to evade drug lords.

The second time line follows Major Mayne who is attached to the British army's river column as it winds it's way slowly up the Nile trying to get to Khartoum to relieve General Gordon. But Mayne is not all he appears and nobody seems to understand anyone else's agenda in the campaign.

When I first picked this up and started with the prologue I began to wonder what I had let myself in for. I found the prologue difficult to read and it nearly turned me off. However I carried on and soon it became apparent we were either going to be in the 19th century or the modern day for the rest of the book and it became a great deal easier to read for me. Much of the book focuses on Mayne and the Khartoum relief effort - and very compelling I found it. Gibbins takes us through a battle with the Mahdi as Mayne tries to dodge would be assassins and the description, although extremely gory, is extremely informative and I came away with what I believe is a far greater idea of what warfare was like at the time.

While this book is a "Jack Howard" novel I felt,  after reading it, that it was about Mayne and Gordon of the 19th century, although we do visit Jack Howard and progress his journey through this history and leave him... on a cliff hanger (well almost).

At 480 pages this is not a coffee time read but one that once you get into it, will keep you reading and wanting more. Well I have taken a while to pick this up but the sequel is out on 6th November 2014, so you won't be waiting long.

For Dan Brown lovers (although I'm not one) and anyone enjoying Indiana Jones or Jack T Colton. A couple of really compelling adventures for the price of one.