The Swan Daughter by Carol McGrath 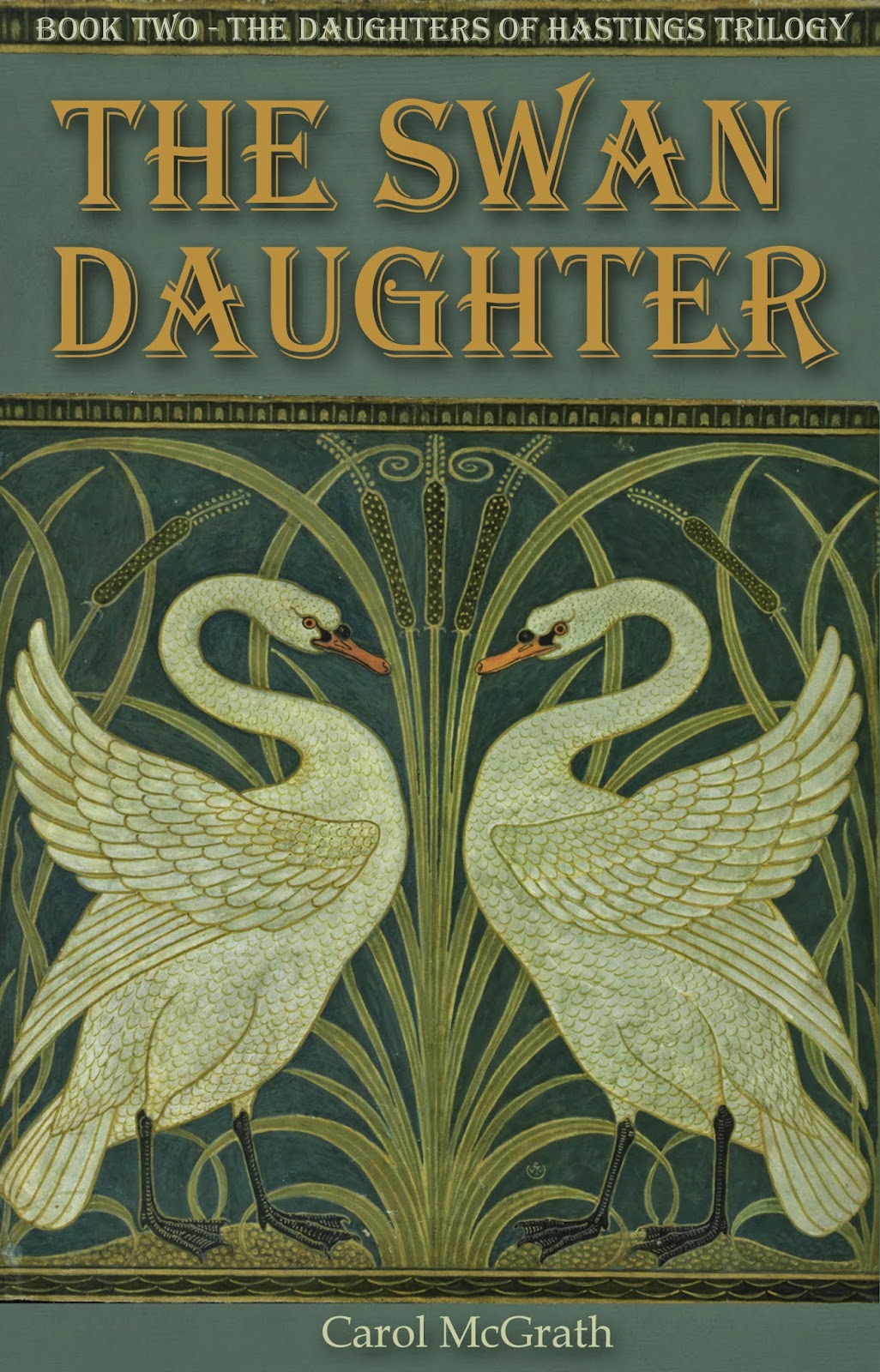 Following her father King Harold's death at the Battle of Hastings, Gunnhild has remained at Wilton Abbey and looks likely to spend her life there in quiet devotion. The nuns would love her to stay, if only for the sake of her inheritance, but as the time for committing herself approaches, Gunnhild feels increasingly repelled by the idea; she longs for a life in the larger, outside world, for the fine gowns and stately halls she remembers from her childhood, and, above all, for love. Her chance of escape comes in the shape of Alan of Richmond, one of the new Norman lords now holding English lands. Although he's older than she is, and once offered for her widowed mother's hand, Gunnhild is willing to risk everything and run away with him. Will her life prove to be the romance she hopes for, or is she only wanted for the lands and titles she brings?

This, The Swan Daughter, continues Carol McGrath's The Daughter's of Hastings trilogy, which started with the story of  Elditha Swan-neck,  The Hand-fasted Wife
of King Harold, picking up the story in 1075 with a country now largely settled under Norman rule. The former royal family are still viewed with suspicion though, and  kept separate - the women confined to convents; the men, unless lucky enough to have escaped overseas, either killed or held hostage in Norman courts. Although very little is known of the 'real' Gunnhild, the author weaves a compelling and believable tale around the few facts of marriage, births and deaths. In many ways, it must have been a life common to most Saxon noble-woman under the new regime; caught up by the tide of events but having virtually no influence. No longer able to hold lands themselves, their choices are reduced to entering a convent or finding a husband - and the wave of conquerors are looking for Saxon-heiresses to give them more legitimacy in the people's eyes. Against this backdrop, the author spins a tale that brings the period and its characters to life.

As might be expected from a girl brought up in a convent, Gunnhild comes over as rather naive and not at all worldly-wise; she expects her romantic ideas to be echoed by her husband, leaving it too late to wonder if his real interest might be her inheritance; she's often impulsive, acting without giving real thought for the consequences, whether falling in love or selling off her jewels. But, despite these faults, I still had sympathy for her,and hoped she would find the happiness she sought.

Something I love about this series is the author's ability to bring the eleventh century world to life on the page and immerse the reader in it; to discuss the wider political picture - the disputes between William the Conqueror and his lords, or the creation of the Domesday Book -  or fill in the backdrop of everyday life - the convent tasks, the running of a household, the chores of the maids - in a way that informs the reader without the feel of reading a history lesson.


Altogether, The Swan Daughter is an enjoyable and informative read, shedding a light on a little known period of history and bringing it vividly to life.