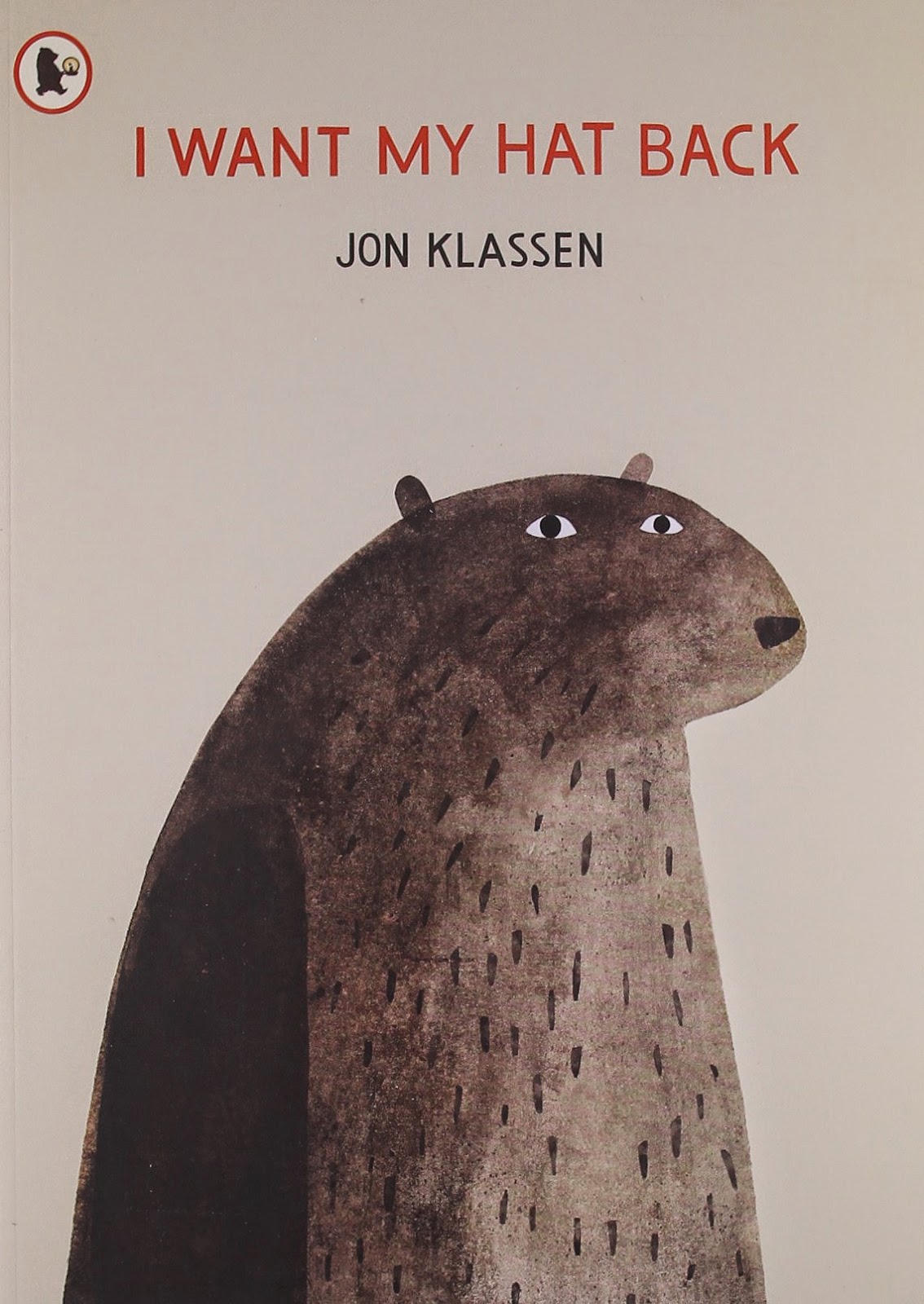 It's a two-for-the-price-of-one review today - both of these delightful, yet slightly wicked, children's books by Jon Klassen were introduced to me by Jackie Morris at one of her book events. (Never say authors are only interested in promoting their own work!)
In a way both books are new versions of the old morality tales - basically, if you behave badly you'll pay the price!
I Want My Hat Back tells the story of a bear who has lost his hat. One by one he asks his friends if they have seen it - none of them have. Just as he's about to give up in despair, Bear realises he has seen the hat, being worn by one of his friends. Will bear get his hat back? and, more importantly, what will happen to the hat-stealing friend? 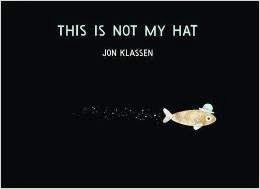 The second story is also about a hat - This Is Not My Hat.
A small fish has found a hat that fits him perfectly. Unfortunately, it belongs to a much larger fish who won't be pleased to have had his hat stolen. Small fish can find places to hide though, can't they? Places where big fish can't go and small fish will be safe - or will they?

Both are excellent books to read to a child - with plenty of scope for playing with different voices and expression - or for young readers to discover themselves. In a fun and quirky way, they reinforce the value that stealing and lying are wrong - and that, in the animal kingdom at least, punishment can be swift and savage. The endings of both are left slightly ambiguous; hinted at, rather than out and out stated, so you could claim a 'happier' end if reading to younger or more easily frightened children.