The Informant by Susan Wilkins 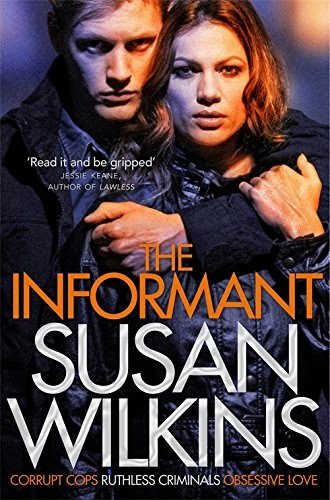 Alex Marlow has got "inside" Joey Phelps' criminal empire having befriended Joey, and as a police officer he wants only 1 thing - to put Joey away. Even as the story opens, Marlow has been discovered and very quickly is murdered by Joey in a gruesome and sickening killing.

Kaz, Joey's sister, is released from prison after doing six years for a murder Joey committed because she would not give him up. Kaz has spent the last six years dreaming of a life outside of crime and wants, more than anything, for Joey to join her and give up murder.

Meanwhile the police want DC Mal Bradley to befriend Kaz and turn her against her brother. But is that what they really want that?

And all the time DS Nicci Armstrong is trying to befriend Kaz's sister, Joey keeps the body count rising and Kaz's relationships with Mal and her lawyer keeps getting more and more complicated.

With twists and turns on almost every page this book keeps the readers attention by having very little "down time" as the author keeps moving the goalposts.

The death of Marlow was just a little bit gruesome - and I'm just a little bit squeamish - and happening in the prologue I very nearly put the book down and chose again. I am SO glad I stuck with it. Joey is a psychopath, as I'm sure you've guessed already, and Wilkins portrays this brilliantly which is a little bit disturbing in a way.

The twist at the end came as no surprise as there had been clues given, deliberately, the further we got in although it didn't detract from the telling one bit, although it did explain so much of what had happened. And a happy ending... only for those few it ends happily for.

A great crime thriller that is hard to put down - but you're glad it's over when you turn the last page.