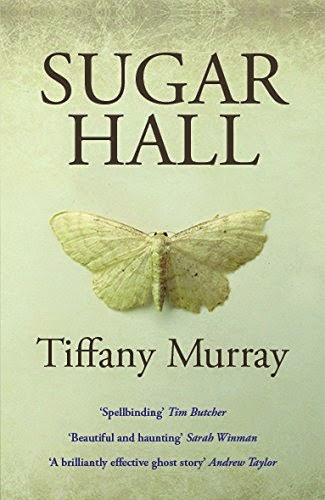 Following the death of his father, young Dieter Sugar is now the heir of the rambling family home, Sugar Hall, on the English/Welsh border within sight of the river Severn. Left penniless, his mother Lilia decides the best thing to do is move from London to Sugar Hall, to see if it's possible to live there with her two children, selling off family heirlooms and valuables as necessary. More things have been inherited though than bricks and mortar or works of art....
Exploring the grounds and outbuildings of his new home, Dieter meets a silent boy wearing nothing but a silver collar. At first he's terrified but still something drags him back, and he decides he and the boy will be friends; Dieter finds him clothes and food, and the boy grows in size and substance, begins to speak and lead Dieter off on dangerous games....

Now, I don't usually get on well with ghost stories written for adults - they either fall flat for me and aren't scary at all, or go too far the other direction ending up so over the top they're comic. So, since reading Chris Priestley's The Dead of Winter , a 'teen' book, and Michelle Paver's Dark Matter, I've being searching for another ghost story that truly sent the shivers up and down my spine - and I'm happy to say I've found it at last.
There's no doubt that right from the start we're dealing with ghosts at Sugar Hall - Dieter's terror on the first page convinces the reader of that, even if his family don't realise. The hook here is what horror will this ghostly boy unleash on the family?

The house itself is the perfect setting for a horror story; it's meant to be lived in by a large family with an even larger staff, so, with only three people there, it's spooky enough on its own. There are too many rooms, filled with disused furniture, stuffed animals and collections of pinned-down butterflies and moths; furniture and ornaments seem to move about of their own volition; odd noises are heard at night; the giant moths on the wallpaper seem to flutter in the lamplight; - there's no wonder that Lilia decides everyone is best sleeping in one bedroom!
Part of what I loved was that it's not just a 'simple' ghost story. There are hints at how the money behind Sugar Hall was made, with glimpses of the desperate lives of its slaves,while in its 'current' timeline, there's the buzz surrounding the trial and death of Ruth Ellis. Lilia, having already built a new life in England as part of the Kindertransport, is trying to build another after the death of her husband, while daughter Saskia is full of teenage dreams and wants to escape back to London. Interspersing their stories with Dieter's ghostly encounters, increases the growing feeling of dread, a sense that something evil has been unleashed - and not for the first time. It all adds up to a spine-shivering, unputdownable read.