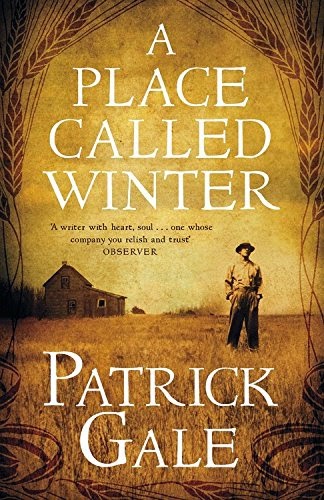 Harry Cane is in a mental asylum, his memories damaged by overwhelming grief and the barbaric treatments common in the early twentieth century. Fortunately, before any lasting harm is done, he's transferred to another institution, liberal in outlook, idyllic in setting, where the doctor follows a quieter, progressive regime of encouraging patients to talk about their past and re-encounter the trauma that led to their incarceration ....
Harry was living a quiet, gentlemanly, suburban life in Edwardian England till an indiscretion brought it to an abrupt end. To cover up any possibility of scandal, he was forced to leave his wife and child, and strike out on his own - the further away the better being basically the sentiment of his brother-in-law. His imagination fired by the chance sighting of a display encouraging emigration to the newly-settled lands of the Canadian prairies, Harry found himself leaving his comfortable life behind and heading west... not quite in search of his fortune but certainly looking for a place to build a new life, to come to terms with himself and his newly awakened sexuality.

There's always something romantic about tales of taming the wild frontier, of striking out into unsettled lands, of being the first person to break the land and settle there - and this was what drew me to this story initially - but alongside the physical journey into the Canadian wilds is an emotional journey of self-discovery.  In England Harry was pretty much a drifter - the fortune amassed by his father gave him a soft, privileged lifestyle, never needing to work; he drifted into marriage and fatherhood, and drifted in the same way into an illicit relationship. As Harry leaves his well mannered, comfortable life behind, he starts to grow and change - he learns the value and satisfaction of hard work, of, at the end of each day, being able to look at what he's achieved, becomes more comfortable with who he is, and less open to exploitation.
A Place Called Winter is a quiet, mostly undramatic but immensely moving book, based loosely on events from the author's family history. The story is told mainly through Harry's reminiscences but they alternate with scenes from his present time in the asylum, so the reader is constantly reminded that this pleasant, well-mannered man has at some point broken and done something considered worthy of incarceration; as the tale unfolded and Harry found happiness in his new home and unorthodox relationship with fellow settlers, siblings Petra and Paul Slaymaker, I was all too aware that somewhere tragedy was waiting - always lurking in the background is the sinister figure of Troels Munck, who helps Harry get set up in Canada, who both fascinates and repels, and who you know is someday going to be demanding pay-back. I so wanted a happy ending for Harry, but felt it would be impossible.

A novel that's both epic, as it moves from urban London to Canadian frontier, and intimate, as Harry's personal emotional journey unfolds, I loved it when I first read it at the end of last year, and, having waited so long to review it, I decided to sneak in an extra read last week - it hadn't lost any of its appeal or ability to hold me, even though I knew how things would pan out; the mark to me of an excellent book!