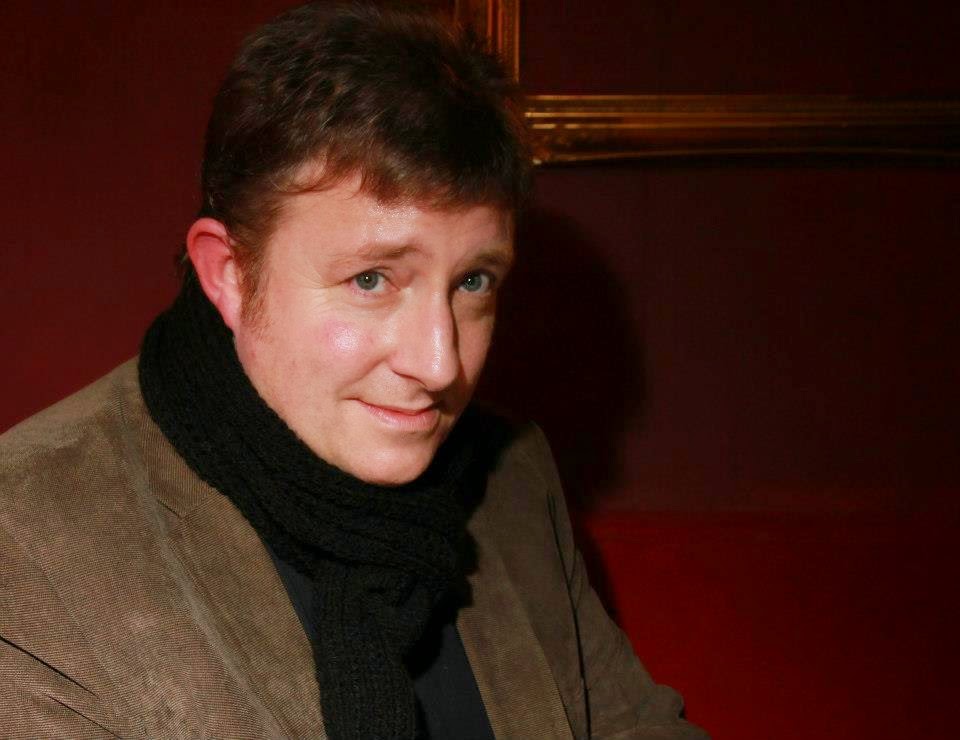 Today we welcome Denzil Meyrick to our blog to talk about his crime novels featuring DCI James Daley. The first book "Whisky From Small Glasses" has been out a while and is much acclaimed. I encountered Daley first in "The Last Witness" (book 2) and sort of got hooked but I'm going to be going back to read the first shortly. The third book "Dark Suits and Sad Songs" is out later this year. 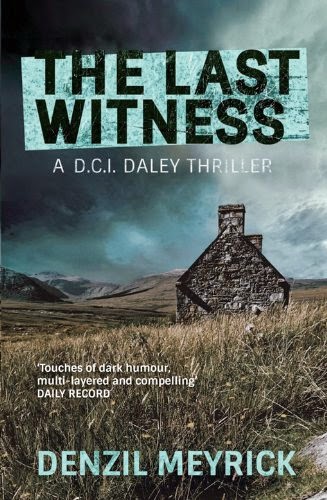 DCI James Daley is a character that sort of crept up on me, not having read the first book. I ended up with a visual image of Richard Griffiths playing 'Morse'. How do you see him?

You missed out a wee bit on the description of Daley from the first book Whisky from Small Glasses. Yes, he is overweight, but not morbidly so. He's described as having a 43" waist, but he's 6' 3" and physically strong, not like the late Richard Griffiths. Daley is in his early to mid forties, so not as old as Morse.

There is a fitness test that all new recruits must pass. Would James Daley be able to keep his job?

With over 20 years experience in the police, he is a long way from a fitness test; basically he's fighting middle age spread, but is not obese. Think more early Tony Soprano than Mr Griffiths in terms of body shape.

He does seem to be a man of action rather than waiting for others to come to assist. Do you not see him as a team player?

I think Daley is very much a man of action, but has a brooding, cerebral approach to police work. He relies heavily on DS Scott, who he has worked with for many years and had a close personal as well as working relationship with. Again, in book one, and the third book in the series, Dark Suits and Sad Songs, you'll find out more about this. The pair work well as a team because their approach and personalities are so different. Scott is a rebel, his unorthodox methods attract criticism from superiors, but he is old fashioned and refuses to be hidebound by political correctness. I think both detectives are team players, whilst very much leading from the front.

So many fictional detectives have issues with their private lives (Barnaby seems to be the exception) - will Daley be able to buck the trend?

Daley has a complex relationship with his wife Liz. Again, reading Whisky from Small Glasses will underline this. Much more is revealed in Dark Suits and Sad Songs, but without giving anything away, their relationship is going through a very turbulent phase as book three moves into the book four.

Our heroes are based on the Kintyre peninsula and, despite some of the horrific goings on, the beauty of the area comes through. Our heroes won't be abandoning this area for Glasgow in the future will they?

I agree with you about the beauty and allure of the Kintyre peninsula - I very much see it as a character in the books in its own right. Because Kinloch is a port, it is easy to introduce new characters and plots, which come from a clear blue sky, or more likely, sea. I have no plans to remove the action to other parts of Scotland, but like the fate of any of the characters, nothing is set in stone.

There are plenty of people to hiss at in the story - not all of them are fully brought to justice either. During the next book will we be seeing any of this addressed?

Though the first three books are stand-alone novels, an underlying theme definitely underscores the plots. This will be resolved in Dark Suits and Sad Songs, with many loose ends being tied up. I've deliberately left some aspects of the stories hanging. For me, neat plot resolution at the end of every novel detracts from the realism I'm trying to achieve. I always resolve the main plot, but threads of relationships, crime and the dynamics between the personalities involved carry on. Great wee tasters for the next book, too.

What can you tell us of the next book - without spoilers?

Without giving anything away, Daley finds himself immersed in the murky world of politics in Dark Suits and Sad Songs. A senior civil servant from the Scottish Parliament spectacularly takes his own life in Kinloch at the beginning of the book. As the story unravels, we see Daley facing betrayal and tragedy, as a new, deadly foe, emerges. There are strange lights in the sky over Kinloch; they herald change. For certain, Daley's life will never be the same, as the fate of nations hang in the balance. Dark Suits and Sad Songs will be published by Polygon in May.

While the Denzil tells us that that the books "stand alone" that doesn't really follow with character development (as I have found) so I recommend starting with "Whisky From Small Glasses" - but do check out my review for "The Last Witness". Many thanks to Denzil Meyrick for taking time to answer our questions today.
Posted by The Mole at 09:30