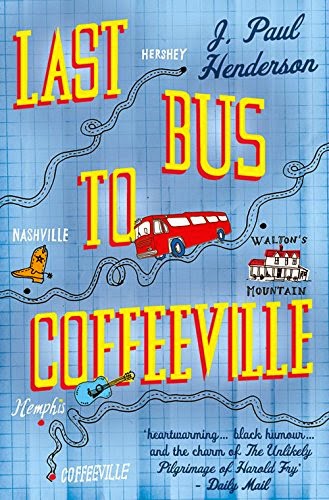 Nancy, Gene and Bob met at university as young activists trying to bring about the end of segregation. Gene was studying to become a doctor and Nancy took a shine to him. Nancy comes from the deep south where desegregation is the most stalled. When she takes him home to meet her family she confides the awful truth that Alzheimer's Disease is hereditary in her family - amongst the women - and she manages to get him to promise that when (not if) her time comes he must help her to die rather than suffer the degradation that the disease brings.

On returning  to college later Doc (Gene in the early part of the book) finds a note that Nancy is splitting up with him.

A lifetime later and a call out of the blue from Nancy about meeting up. Their friendship is re-kindled and Nancy explains that the early signs of Alzheimer's are showing.

While this book is ostensibly about their trip back to the deep south where Nancy wants to spend her final days that would be like saying that "War and Peace" is about Russia - there is so much more story along the way that the reason for this group of friends coming together is very much secondary.

The most part of the first half of the book is more like a group of linked short stories. With each character we meet we are treated (a carefully chosen word) to hearing their back story - and every one is an interesting delight. Then when the friends come together and the journey starts the book changes to a proper story telling.

This group of friends is a very diverse group in age, outlook and history and the journey bumps along with incident after incident but frequently returning to that horrific subject of Alzheimer's.

Did I mention the humour? I need to mention the humour... while trivialising nothing and not making fun of the disease or its victims in any way, this story is laced with humour throughout from this eclectic list of characters.

Doc - who's been dealt a bad hand by life but when he does get a good hand then life goes and trumps it. He tends to be a bit miserable.

Bob - an ex FBI hit man - a job he couldn't resign from so now he's hiding from them but despite this he is the most optimistic and realistic of the bunch.

Eric - a 13 year old boy whose parents have died and his guardians have enrolled him in a deaf school. He's not in the slightest bit deaf.

Jack - an ex weatherman most noted for his on-air resignation and terrified he's losing his hair.

And finally, Nancy - the most normal of the bunch but perhaps normal is overrated.

A brilliant début by this author and I look forward to what he pens next. Funny and sad in equal measure this book will appeal to most adult readers but as for a genre? I have no real idea.