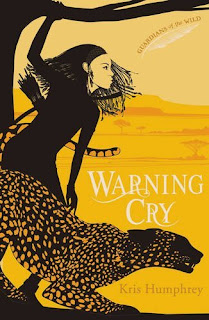 Guardians of The Wild - Book 2

Nara, a farmer's daughter and Whisperer, has been summoned to Meridar to join with all the other Whisperers so that they can combine their powers to fight the demon army and defend the people of the Kingdom of Meridina. Nara's powers are resented by her family who expect their children to become farmers and help in the running of the farm. When the summons comes to go to Meridar, she says goodbye to her father and leaves to travel further than she has ever travelled - and alone - without a word to her mother or sister. She takes with her Flame, her leopard companion, and finds the journey anything but straightforward.

Book 1 was Whisper of Wolves which told the story of Alice and her companion wolf. In this book we meet a different Whisperer and while Alice may make a cameo appearance we aren't introduced to her.

So many of these young fantasy adventure series are based on one special person that can save the world single handedly and the problem with that is that if you don't like that character... well, it's obvious. In this series we follow a different character (or group of characters) in each story so the reader feels the overall plot expand as it progresses.

A very fast paced, hugely enjoyable, easy reader for the 9+ age group. Although all the lead characters are women or girls (of one age or another) I can see no reason why boys wouldn't enjoy these books as well.