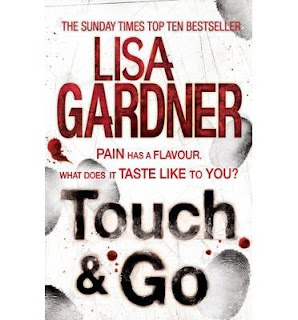 "Justin and Libby Denbe have it all: a beautiful daughter; a gorgeous house; a great marriage, admired by all. Arriving at the crime scene of their home, investigator Tessa Leoni finds no witnesses, no ransom demands or motive - just a perfect little family, gone. But Tessa knows that flawless fronts can hide the darkest secrets. Now, she must race against the clock to uncover the truth. Who would want to kidnap such a family? And how far would they be willing to go?"


When Justin and Libby Denbe and their 15 year old daughter are kidnapped from their expensive Boston townhouse, there are no clues as to who has taken them or why.  Justin Denbe is the head of a major construction firm - and so perhaps a likely target for kidnap and ransom - but why would anybody take his wife and 15 yr old daughter as well? Without a ransom demand neither the company's private investigator, Tessa Leoni, the local sheriff nor the FBI have any idea of where and how to start tracking the kidnappers down. Meanwhile time is running out for the Denbe family.....

With a family kidnapped and held by hired thugs, you'd think this would be a gripping read but for some unfathomable reason this story didn't grab me at all.

The story-telling is shared between a first  person account from Libby's point of view and a third person overview of the investigators' activities. So from Libby we learn all the insider secrets that the family had been trying to hide from the world - and more importantly each other; while the investigators start with the happy façade the family presented to the world and have to work their way inside and round the deceits. The snag was that Libby's account led me to guess who was behind the kidnapping - and I was right! It left me frustrated that none of the investigators would follow up the leads I thought they should - instead they confused the issue by getting side-tracked or going off up dead-ends. If I hadn't guessed, it may have appeared to be a well-crafted plot with intricate twists and turns; as it was it fell a bit flat for me.

from Amazon
Posted by maryom at 09:44