The Lost by Claire McGowan 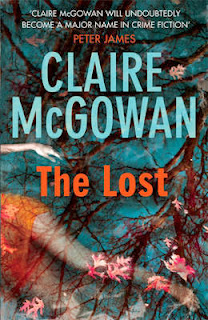 Paula Maguire is a forensic psychologist known among the people she works with for too much impulsiveness and a tendency to rush in when police procedures and rules would have her sit quietly in an office. Even so, her ability to get results in missing-persons cases means she's in demand. When two girls go missing within weeks of each other back in Paula's home town of Ballyterrin in Northern Ireland, she's asked to go back there to help out. For a variety of personal reasons, she isn't too keen to return to the place she left 12 years before, but grudgingly goes.
Despite the passage of time, Ballyterrin is a town still smarting from the Troubles - almost everyone seems to have lost a family member during them - but the disappearance of two schoolgirls has shocked the community.
While the police want to follow one line of enquiry, Paula's impulsive streak leads her off on her own, following tenuous links to the Mission, a religious group targeting the town's teenage girls, and trying to find a connection with disappearances back in the 1980s. Her impulsive side also comes out in her personal life - starting a relationship with one of her colleagues and re-igniting one with an old flame!
The Lost is an enjoyable, page-turner of a read - though some of the events are a little predictable, leaving the story less nail-bitingly tense than some crime novels. I'm often opposed to too much personal story-line for the characters, feeling it can get in the way of the crime-solving, but here the progress of the investigation and the revealing of Paula's personal story twist round and complement each other, helping flesh out the characters and giving a nicely balanced read. All of the characters have faults enough to make them real but are still likeable enough for the reader to care about them. Paula's problems seem far from over at the end of the novel and I was certainly left wanting to know what would happen next ...

With a strong female lead and the closeness of the personal and crime sides of the plot, it reminded me of Liza Marklund's thrillers featuring Annika Bengtzon. I hope this is the start of another such great series.