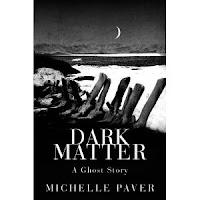 In the summer of 1937 a British expedition heads north to set up their base at Gruhuken, a remote, uninhabited bay on Spitsbergen where they intend to spend the winter gathering meteorological information. Jack Miller, the only non public school boy, joins them as wireless operator. The original team of 5 is swiftly reduced by fate and as winter sets in the expedition is down to 3.

Arriving at Gruhuken, they find not the pristine arctic wilderness they'd expected but a place scattered with the remains of trappers huts and mining operations. The captain of the ship transporting them there, warns them of the tricks that total darkness plays on the mind, of madness overtaking those that try overwintering in the Arctic and hints that Gruhuken is setting to even more disturbing happenings. All starts well, perfect weather, a rather 'boy's own' adventure but as days shorten to nothing, stranger things begin to happen....

The book is told through the medium of Jack's diary and the reader feels the mounting fear and tension with him. With his permanent chip on the shoulder about class, he doesn't make an attractive hero, though it's his determination to be seen as equal to the other members of the expedition that leaves Jack exposed to the worst of the endless night, alone..

This is wonderful, chilling, spine tingling read, especially for anyone like myself who has problems with total, beyond street-lighting, can't see the hand in front of your face, darkness. The author captures both the unsoiled beauty of the Arctic and the growing menace in Jack's mind. I do wonder, though, whether there would have been more surprise if the book's cover hadn't stated 'a ghost story' - I was rather expecting a ghost to appear sooner or later.

from Amazon
Posted by maryom at 07:00