Above by Isla Morley 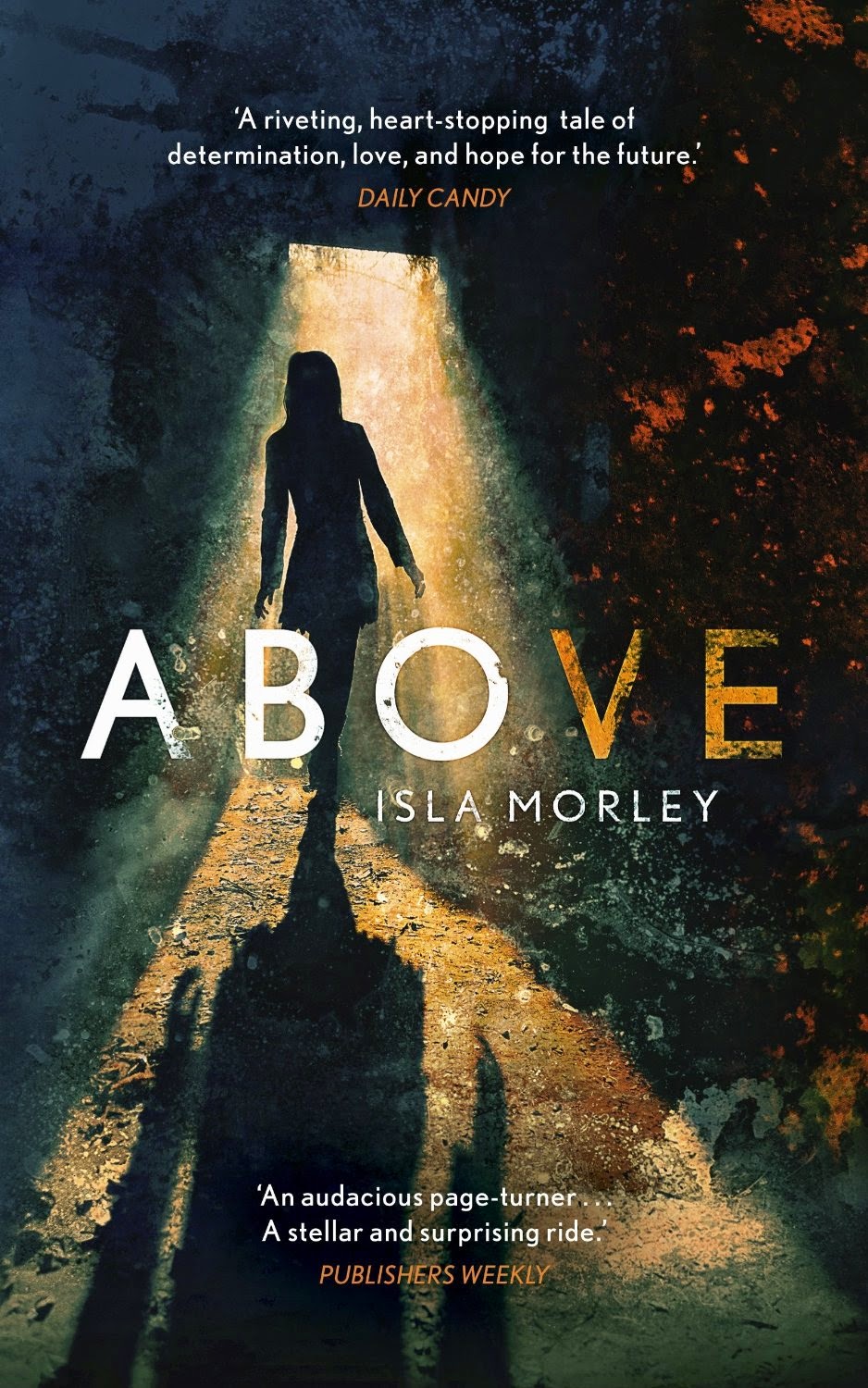 Blythe, a sixteen-year-old Kansas schoolgirl is abducted and kept in an abandoned silo by a survivalist, who is convinced that the world is about to end.
Struggling to survive, crushed by loneliness and the terrifying madness of her captor, Blythe resists the temptation to give up. Nothing, however, prepares her for the burden of having to raise a child in confinement.
Just when Blythe starts to believe that she may be confined to the silo for life, their lives are ambushed by one event that is at once promising and devastating…

The rest is obvious isn't it? No, it's anything but!!

You know when you get a Christmas present that is a funny shape and it doesn't rattle and you cannot for the life of you figure out what  you are going to find? And when you do get into the parcel and find out what it is you are absolutely delighted? But not quite as delighted as you'd expected to be? Well that's how I found this book. I expected a crime thriller come horror story. Well it was... and it wasn't. It was a book of two halves - literally and when you switch to the second half it's almost an entirely different genre but each genre becomes more conventional. But both halves are done extremely well and are, for the main part, completely riveting.

I found parts quite tense and had to put the book down for a break from it - although returning at the first opportunity. There are little bits that had me thinking "As if..." particularly as I had this down as an adult novel but I stress they were few and far between. The science? I really don't know because the author has cleverly just glossed over it with a casual flick of the hand when she needed to and the plot construct means the science can almost be ignored.

Stockholm Syndrome... I suspect that this has been strategically ignored too but this must also be forgiven.

The story did end at the ideal point (or is it the start?) and could so easily lead to a sequel but please - no. I have written my version in my head and I don't want it spoiling.

I did enjoy this immensely but I really must sometime read the book I thought it was going to be. As for a genre... No, it might give something away.