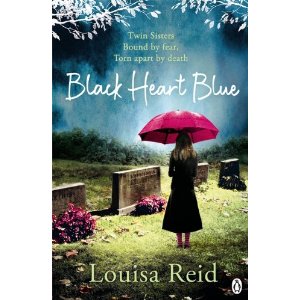 Twins Rebecca and Hepzibah have been brought up in near captivity by their domineering, over-strict parents.
The Father delights in exerting complete control over the Twins. The Mother just keeps out of the way, letting the girls suffer rather than standing up for them and herself. To outsiders they present the façade of a normal-ish family, inquisitive or well-meaning neighbours are met by a blank wall, and the only person to query this is the girls' grandmother.
As the girls grow older, they come to realise that there's a different sort of existence to be had in the wider world. All they have to do is find a way to break free and live that life  - a wish that ends in tragedy for at least Hepzibah.

The reader knows from the outset that Hepzibah has died but her and Rebecca's appalling story is only gradually revealed as the book progresses. Hepzibah's tale, up to her death, alternates with Rebecca's which starts at that point. I always wonder with a story like this, why the victims didn't speak out sooner or try to leave, but telling the tale from the sisters' point of view gives the reader an insight into why they, at least, had never thought of any such action.To them, this is how the world is - they don't know of an alternative. Speak out - and things could become even worse!

Is it an enjoyable book? Well, maybe not 'enjoyable' as such - it's far too sinister, dealing as it does with violence, deceit and abuse. It is nevertheless a compelling, though disturbing, read - one you won't want to put down before the end.

Other reviews: So Many Books, So Little Time ; The Little Reader Library
Posted by maryom at 09:30