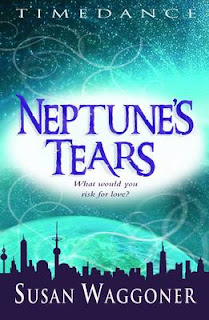 Zee McAdams is a healing empath in a 23rd century world. She is allocated a rather unusual patient, a man who refuses medical help after a head injury. She finds she cannot easily walk away from this patient. Later when a terrorist attack happens he reappears in her life giving assistance to the injured. "What would you risk for love?" the cover asks.

Fully aware of the warnings on the cover that love was a significant theme, I picked this up to read it as there seemed to be a strong sci-fi element to it. And there is! After a second terrorist incident it becomes apparent that Zee's abilities stretch way beyond empathy and the foundations for an exciting sci-fi story are reinforced. Sadly for me it ended with the main focus on the love story and the action scenes are rushed through as a secondary issue. It is a well told love story though - which is what it is claiming to be - but I just felt a great opportunity was missed. However it sets itself up for book 2 and there is scope in there for my sci-fi adventure in it.