City of Fate by Nicola Pierce 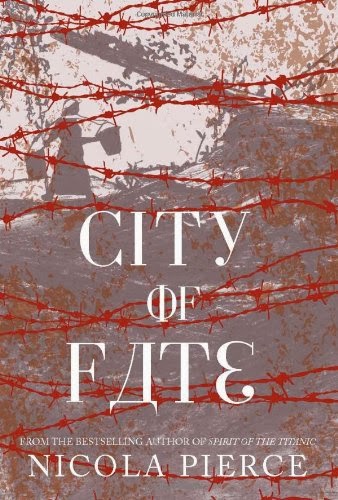 23rd August 1942 and it's Yuri's 14th birthday. A beautiful Sunday afternoon that is cut short by the arrival of German bombers heralding the start of the fight for Stalingrad.

Retreating to the coal bunker as a makeshift air raid shelter Yuri, his mother and sister spend a fortnight trying to survive the aerial bombardment. At the end of the bombardment his sister is sick so his mother takes her, leaving Yuri to wait for his father, to get medical attention. And so Yuri finds himself, like thousands of other children, wandering Stalingrad alone.

Meanwhile Leo, Vlad, Anton and Misha are in their last year at school when their teacher is ordered to take them to be registered for the army. With little training and no weapons they are forced attack German forces in Stalingrad to assist in the defeat of the German army.

Two distinct story lines that you expect to intersect and somehow super heroes to emerge from it all. But that's not what this is about - it's about the plight of children during the fight for Stalingrad both as orphans and as young soldiers. But it's also more than that - we also learn about the plight of soldiers, the fear of the NKVD, the violence of the NKVD as well as the humanity behind many individual soldiers despite their being part of an army.

A very well told story that teaches us (yes, adults too) a little of what they all endured. The author's notes at the back explain the origins of the characters and their actions and also some of the staggeringly horrendous statistics. This book is not a history - it is a fiction, but a fiction based on fact that teaches the reader by osmosis.

An extremely well structured story that doesn't preach and doesn't cut corners either. Thoroughly enjoyable yet horrendous and moving.