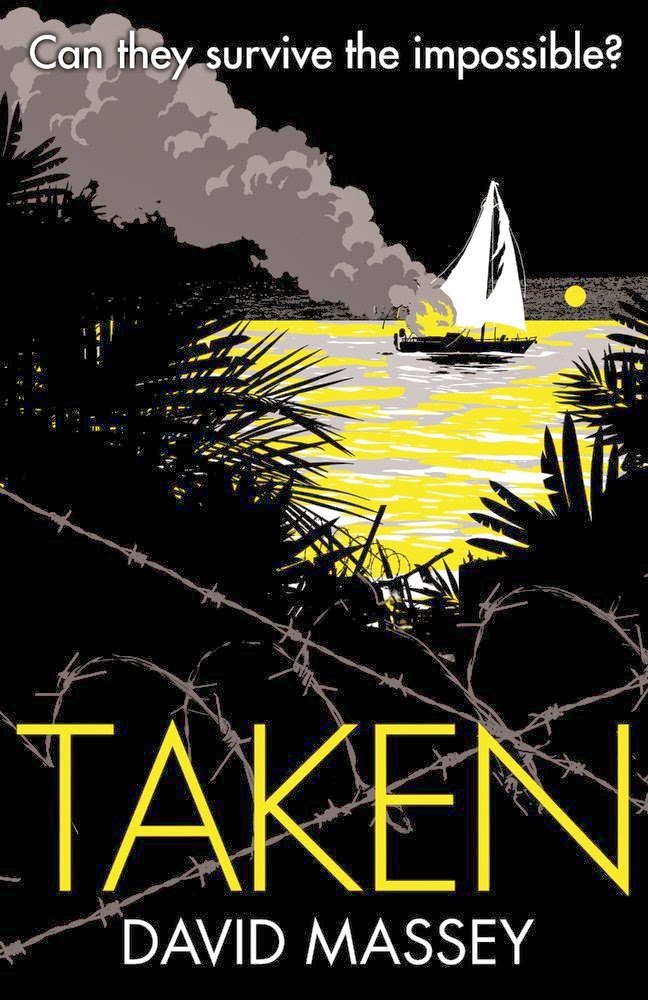 Rio lives for sailing - and hopes one day soon to compete in the Olympics. So when she lands a place on a round-the-world trip, it seems like a dream come true. This isn't going to be a leisurely cruise but a hard-working one - of the teenage crew of 6, 4 are ex-army, injured in action and now disabled. The voyage has two aims - to prove that 'disabled' doesn't mean 'unable' and to raise money for a war-orphans charity.
They set sail from South Africa heading out into the Indian Ocean but the voyage doesn't last long. They're boarded by pirates, the boat scuttled and the crew taken back to Africa and held hostage. The adventure of a lifetime has just turned into a nightmare....

Taken is a gripping, at times quite horrific, story of courage, friendship and overcoming the odds. I loved David Massey's debut novel, Torn, with its grim setting of the Afghan conflict, and this second book shares many of its features - a female main character, teenagers caught up in a life-threatening situation, comradeship.
My only quibble with it was the personality of Rio. The story is told from her point of view, so the reader shares everything she's thinking - even when held hostage and fearing for her life, she worries about the state of her hair or what the guy she fancies might think of her. NOT my type of person in either real life or fiction!