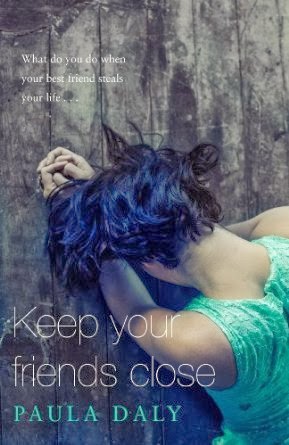 Natty and Sean are a happy, successful couple. After a shaky start to their married life, things have just got better over the years. Now they have everything they could want - a top-notch hotel business, flash cars and two lovely teenage daughters. Then the unthinkable happens - on a trip to France, younger daughter Felicity is rushed to hospital with a life-threatening burst appendix. Fortunately old family friend Eve is visiting so Natty is on the next plane out there, leaving Eve to help out at home.
Two weeks later, Natty returns to discover Sean and Eve are now an item. Sean has discovered 'real' love at last and is off to make a new life. Can this really be love or has he just been totally manipulated by Eve? Is there any way Natty can fight back? When she receives an anonymous note saying Eve has done this before, she thinks maybe she can.

You know how there are some books that once you've picked them up, you don't want to put down till the end? Well, this is one of those. I romped through it, pulled in by twists and turns and the gradually leaked back story, desperate to discover how all would be resolved. The reader soon learns of the secrets that Natty and Sean hide, as Eve twists them to her own advantage, but as Natty uncovers more of Eve's murky past the surprises mount up.
Eve is that most-evil of villains - one who looks innocent and victimised while twisting people round her little finger to achieve her goal, and leaving a trail of broken lives behind her. She also feels rather scarily real! While Eve remains outwardly cool and collected, Natty is full of anger and frustration and can't help letting these feelings get the better of her; she's trapped in a nightmarish situation and losing everything - husband, children, home - and whatever she does seems to make things worse.

Detective Constable Joanne Aspinall who appeared in Paula Daly's previous thriller Just What Kind of Mother Are You? , is back, looking at events from a different angle and piecing together the history of Eve's manipulations. So too is her aunt 'Mad' Jackie Wagstaff with her outspoken  plain talking ways and no-nonsense attitude - rapidly growing into one of my favourite characters.

A totally gripping book from page one to its deliciously wicked, and extremely satisfying, ending.