"It’s an extraordinary example of the kind of ruptured power that the weakly cruel get off on." 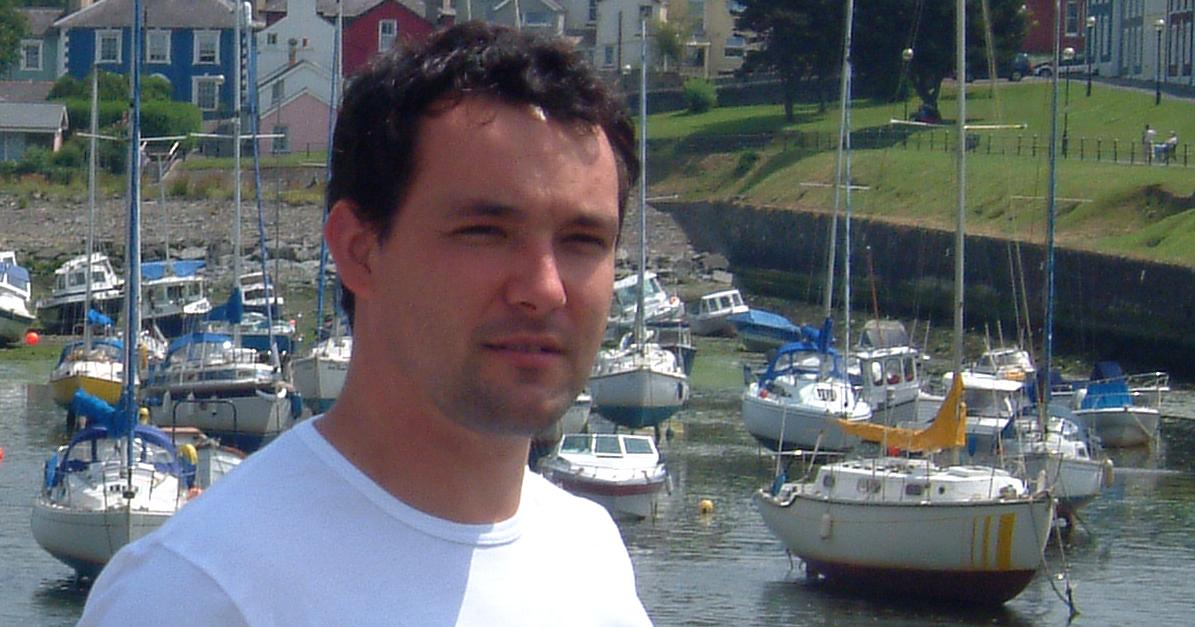 Today Cynan Jones 'visits' the blog to talk about his latest book "The Dig" and the contentious matter of badger baiting...

The Dig is shocking, at times horrifying, so what inspired you to write it?

I wanted to write about the way we try to create a safe space for ourselves – physically, emotionally – and how an external force can break into it. Generally, I look for some allegorical vehicle that will carry along a narrative about what people go through. In the case of The Dig, the deep, sheltered place of a badger sett provided the allegory. Once you choose to write about a subject, you can’t back out. The processes of lambing and capturing are unavoidably visceral and physical. The language and story had to defer to that.

Country life as depicted seems very harsh - not the pastoral idyll of holiday brochures or glossy 'country' magazines. Do you think yours is the more accurate representation?

Having lived here all my life (barring the odd couple of years in cities) I know that it is. There’s an industry built on fictionalising the countryside as an aspirational place. Even the phrase ‘country life’ comes with a rosy-cheeked, rustic-kitchened kind of condescension.

It is idyllic. But that’s balanced with a bleakness sometimes (which, contrarily, I also find compelling). You spend all night in a freezing cold lambing shed, the rain hammering. Then in the morning, the rain passed, you turn the lambs out in the top field and the wide view of the bay is breathtaking. It’s all about balance.

So, the harshness and isolation of Daniel's life are more a reflection of his personal circumstances?

Lambing is a tough time physically. He’s using the immersion of that, the demand of it, as a mechanism to keep going, and we should feel throughout that he’s running out of steam. Life, as it were, is not harsh or isolated so much. But – as with a number of lifestyles – farming entails a massive requirement at times. Given Daniel’s circumstances, and what he’s trying to navigate, that requirement and his emotional state is a brutal combination.

Many of the scenes in The Dig, from lambing to badger baiting, are very hands on.  How much, and what sort of, research do you do before writing?

I generally do a lot of research. It’s the writer’s responsibility to do what they can to make sure the facts they’re using are right. No doubt I’ll muddle something sometime but it won’t be because I was lazy, or made assumptions.

Having helped through lambing, those details were simply there. In terms of the capturing and baiting scenes, I spoke with Gordon Lumby of Dyfed Badger Watch and Rescue who confirmed many of the things I found out about people involved in the ‘sport’. I researched dog breeding, dog training, trapping, the releasing of mink, all sorts. Written accounts – mainly historical – of badger digs. (Sometimes whole villages would attend after church). I created fake profiles on forums to talk with baiters and fighting dog breeders. Often, I wished I hadn’t.

The badger baiter also provides an in-demand service, ridding farms of rats which are definitely seen as expendable vermin. There seems to me to be a thin line between which animals fall into this category, and which don't; the government with its cull is certainly trying to put badgers in it. Do you think they should be? Are there any easy answers to the badger/TB question?

I’ve had some fairly harsh swipes from all angles (threats from diggers, comments from cattle farmers, anger from environmentalists who assume I’m glamorising the ‘sport’). From the start I’ve avoided being drawn into this question. It’s not what the book is about.

I personally feel the cull is lunacy. It simply has no grounding, and the science – which I researched quite hard at the time – doesn’t stack up. (They tried – and abandoned - the cull in Wales a few years before attempting the same thing in England. I’m not sure how aware people are of that). However, the book is about people and I deliberately avoided a political remit.

Something I commented on in my review was the attitude of the boy taken along digging for badgers by his father; his feeling that he had to join in, to pretend he was enjoying it even, otherwise he'd be seen as weak and childish. Do you think this is how such barbaric 'sports' are perpetuated?

I think we all– to varying degrees – want to be accepted. Another boy might go along to a football match with his father, or go for a bike ride. But this boy’s father digs badgers.

I fear it’s not how the thing is perpetuated however. I’m afraid it’s simply perpetual. There will always be people who do this.

The one thing I couldn’t navigate during the work was why anyone is drawn to badger digging. Like it or not, I could accept there was a thrill to the fox chase, or the ‘frenzy’ of ratting, and a personal achievement to shooting on target. But badger digging is an inane bullying. The excuse is often ‘it works the dogs’. It’s an extraordinary example of the kind of ruptured power that the weakly cruel get off on.

The badger baiter is a very brutal man whereas Daniel the farmer is caring and compassionate to both his animals and the land he farms. Is it too simplistic to see these men in terms of good versus evil? Or reading too much into things to see Daniel as some form of sacrifice?
While I prefer to let the reader decide whether something is right or wrong, good or evil, there is a definite pitting of one force against another. I tried to show both characters simply as they are, but their actions are good, and are bad. That arch element to the story (what some have called the ‘mythic’) was very deliberate, and I pushed the language at times to reflect that. Given that, yes, I’ve implied a sacrificial motivation. But what exactly is Daniel sacrificing himself for, or because of?

Do you ever consider the possibility of manipulating the story to bring it to a 'happy end'? Would that have been too unrealistic?

The story is God. Once you’ve set out a set of circumstances and drop determined characters into them, you have to be true to the way things would play out. The Dig went through a number of rewrites. It was, at one stage, a much broader book (90,000 words or so, and, in fact, two connected short novels really), but I cut 60,000 words to focus on the collision between Daniel and the badger baiter. An ending played out further in a previous draft.

Do you ever find that characters want to take events into their own hands? Particularly did you find that once created Daniel and the badger baiter were bound to clash?

I try to know what I am going to write before I get pen to page. To know that, I have to know the characters. Those characters are then capable only of actions authentic to themselves. Daniel had to go and investigate the sound he hears. So yes, the two men are bound from the start to clash. The Dig is essentially a narrative of collision.

Since I read The Dig, I accidentally came across this quote from Big Sur by Jack Kerouac which I thought summed up that one brief moment of complete happiness for Daniel -  “On soft Spring nights I'll stand in the yard under the stars - Something good will come out of all things yet - And it will be golden and eternal just like that - There's no need to say another word.” A pure coincidence or were you aware of this piece?

That’s pure coincidence, and the first time I’ve seen it. But one thing that recurs when you work on the right book is coincidence. It’s extraordinary sometimes what happens, how many things feed in – almost to keep urging you along, to tell you: you’re doing the right thing. Mostly, you’re not trying to deliver some huge original insight, you’re trying to communicate something many people acknowledge but perhaps can’t articulate quite. It’s likely then that other writers hit the same notes for things that are universally felt. And that’s because they’re true.

I know you've been busy on your next book, so can you tell us a little about it?

The next book is (very) different from The Dig. Granta have just read a first draft. I would have held back longer before showing it them as I knew the book was far from ready. But as it’s so different I needed to know it was the right thing to work on. We’re pretty sure it is.


Thanks for visiting today Cynan and best of luck with your future projects - we'll certainly be eagerly awaiting them.