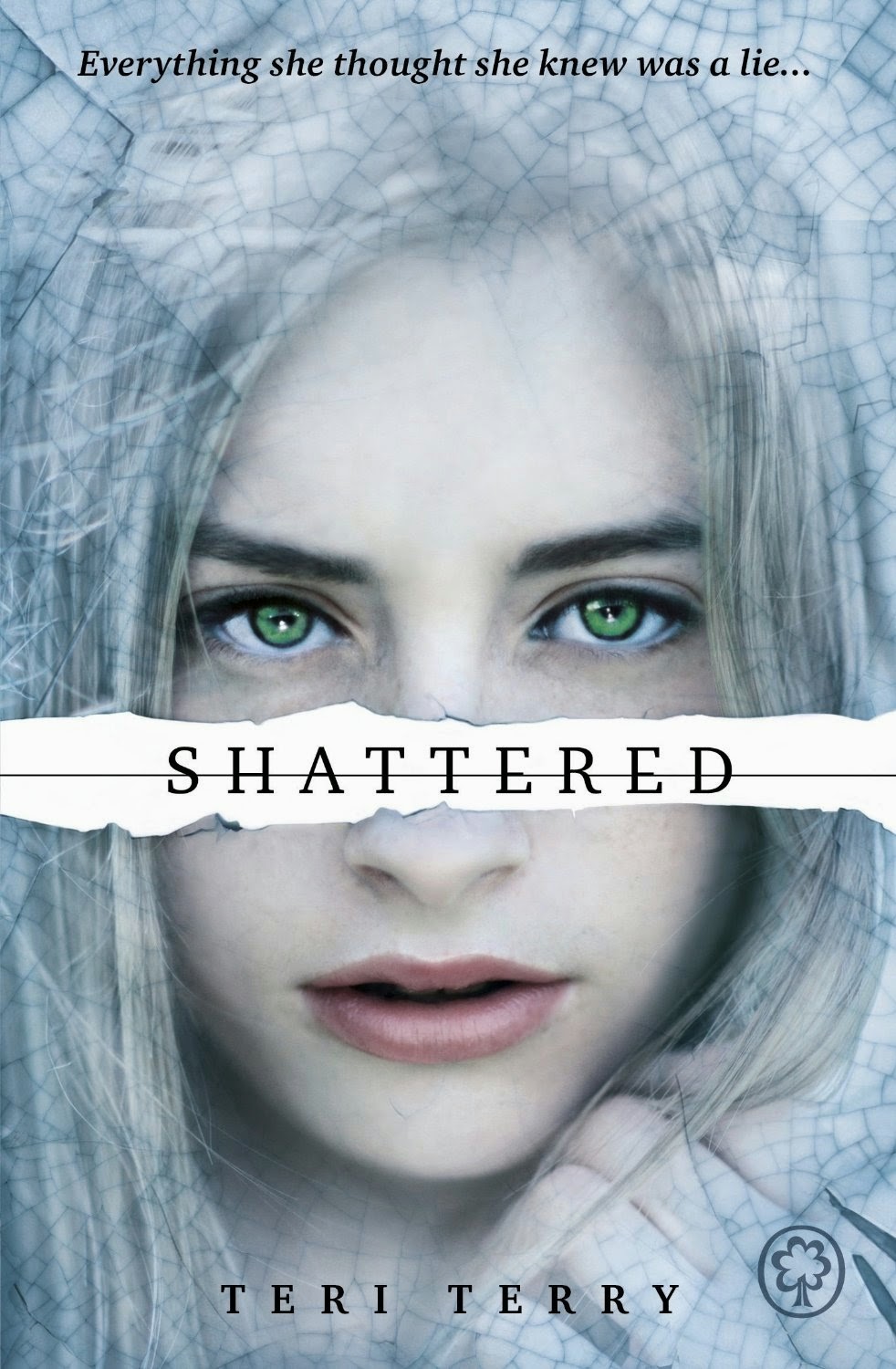 Shattered is the last  instalment of Teri Terry's gripping dystopian trilogy set in a not too distant future, where the standard punishment for offending teenagers is to be given a new start with their minds wiped clean - Slated. This is what happened to Kyla, but for some reason some of her memories have leaked back, leaving her with broken, disjointed glimpses of her past. I don't want to say more for fear of plot spoilers - if you've read Slated and Fractured  you know what's happened so far, and if you haven't I'd just completely ruin them for you.
Now, with a new look and a new identity, Kyla is off to the Lake District trying to behave as anyone of her age would - and, in fact, must according to government regulations - staying in an approved girls' hostel and signing up for an apprenticeship scheme. She's also on a journey into her past - meeting her 'real' mother of whom she has no recollection - and discovering, as her memories return, that there are more surprises in her past than she'd ever imagined possible.
As the last in the trilogy, the plot is bound to head for a grand showdown between good and evil, exposing the bad guys and with everyone living happily ever after....isn't it? Well, some of those elements are there but maybe not in quite the way you'd expect. There are more twists and turns, more doubt about who's on the good side and who on the bad, and the tension doesn't let up until the very end. Kyla is still full of doubt about who to trust, reason pulls her one way, feelings another. I could see that the author had faced some hard choices about how Kyla's story should end and I'm glad she didn't go for the easy way out - even though I'm not sure all readers will agree with me.

Shattered, in fact the whole trilogy, is a fantastic thriller but also touches on some interesting ideas about punishment and rehabilitation, and how a person's character is formed - is it 'hard-wired' from birth or capable of being changed for good or bad through circumstances? - making it an excellent choice for readers looking for something entertaining but thought-provoking.