A History of Loneliness by John Boyne 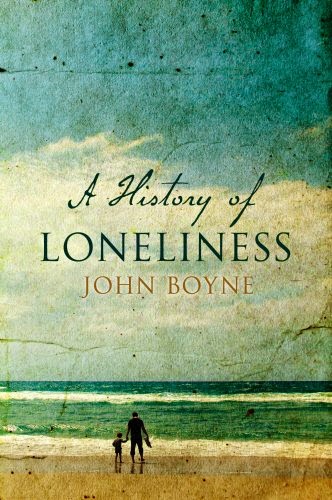 
For forty years, Odran Yates has been a priest - at first pushed into choosing this career by his mother who claimed he had a vocation, but soon settling into the role. His life has been spent happily enough, mainly at a boys' boarding school, but now, even in his sheltered environment, he can no longer ignore the scandals rocking the Catholic Church in Ireland, or the nagging voice of his conscience. Even when he first entered the seminary at 17, there were incidents between his fellow students which worried him, but Odran has always been able to close his eyes, has never wanted to stir up trouble and always accepted the dubious assurances of his superiors. Finally forced into acknowledging the abuses of trust and power that have been going on around him, Odran comes to realise that by keeping silent he is as guilty as anyone.

A History of Loneliness is a story of shame and pain, the loss of innocence of one man in particular and his country in general. Odran Yates has tried to live a good life in keeping with the dictates of his conscience and his church, but that church has now let him down - not only have some of its members abused their positions of trust and power, but these abuses have been covered up by officials within the church. From being the holder of a revered position, he's now become a distrusted and hated figure, tainted by the guilt of others, reviled by passers by on the street and even his own family.
The story moves from the present, as Odran tries to cope with his sister's deteriorating health and the new troubled world of the priesthood, to his childhood, marred by tragedy, and the progression of his career - his initial enthusiasm, the temptation that nearly led him astray, and the ever-present doubts and qualms to which he resolutely turns a blind eye.  For this is Odran's sin - to have kept quiet, lulled into a state of acceptance and acquiescence by his desire for a peaceful life.

It would no doubt have been easier for the author to have tackled this subject from the standpoint of one of the victims, or their abuser, to have given the reader a clear-cut figure to hate but instead he gives us a character for whom we can feel sympathy; one who at first seems unfairly labelled due to the actions of others, who has tried live up to his ideals but has done as many of us might have - kept quiet for the sake of a peaceful life. Maybe, as his story unwinds, we come to feel that Odran wasn't quite that naive, that his ignorance was deliberate, but ultimately he comes to realise that by keeping quiet he was complicit in the harm that's been done.

I'd expected a moving, hard-hitting read, which A History of Loneliness certainly delivers; I hadn't expected the humour that peeps through from time to time, as it will in life.