The Death House by Sarah Pinborough 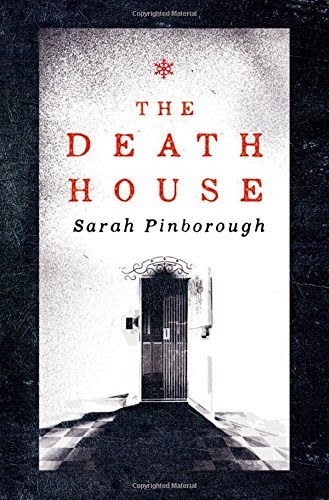 review by Maryom
The Death House is a children's home with a difference - all its inmates have been brought there to die. Identified as 'defective' by a blood test, they are forcibly taken from their families and brought to this house on a remote island. Now all they can do is wait, watched over by an uncaring Matron and her team of nurses and teachers. At the first signs of illness, children are whisked away to the sanatorium - from which there is no return.
As the oldest in his dorm, Toby has become something of a father-figure to the younger boys, helping them cope with anxieties while stifling his own emotions and hiding behind a shell of being 'hard'. He lives mainly in memories of the time 'before', doesn't mix much with the others and spends his nights rambling through the House alone. Then a new inmate arrives.....and changes everything. New girl Clara breathes new life into the Death House - her life may be limited but while there's still time, she wants to experience as much as she can - from climbing trees, or sneaking out of the grounds to falling in love. Under the influence of Clara, Toby learns to accept life, whatever terms it's offered on, and enjoy it while he can.

The Death House is, for want of a better description, a dystopian story of doomed love - and to be honest, it wasn't what I was expecting; I think I'd expected more of a thriller twist to events. A lot of the 'messages' contained within it are ones we can all relate to - embrace life while you can, don't let fears about tomorrow hinder what you do today - but overall it left me feeling uncomfortable.

While I was reading, I was absolutely engrossed but even as I read the closing paragraphs I was starting to feel just a little let down. There's no explanation given for the mysterious illness or the necessity of quarantine; in retrospect it feels like the author had a good idea but didn't know where to take it. The direction it does go felt rather like a get-out and didn't satisfy me. My main criticism though would be of the underlying morals behind various events; there were several points where I wanted to step in and say "don't do that! You've not thought it through, it's just plain wrong!"

The strange thing is, I really enjoyed this story while I was reading - the setting and atmosphere are great, the characters believable, the growing romance tender and heart-warming - it's only thinking about it afterwards that I'm having reservations.