The Rocks by Peter Nichols 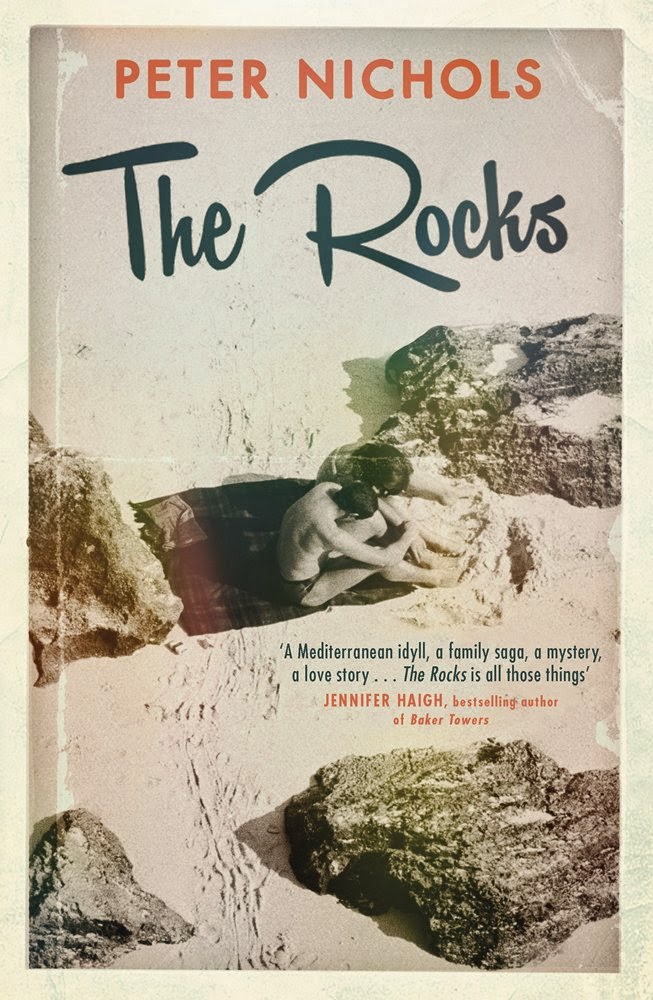 Divorced couple Lulu and Gerald have lived almost side by side on the island of Mallorca for the past 50 years; Lulu at her welcoming, guest-filled hotel Villa Los Roques, Gerald in quieter style at his farmhouse C'an Cabrer among his olive and lemon trees. The incident which ended their relationship caused a rift between them which could not be healed, so despite their proximity, they've rarely seen or spoken to each other in all that time. Their story starts at its end and unwinds backwards to its beginning - almost like a film shown in reverse - through the complex relationship between their families, to the event that altered their lives and shaped their futures.


The Rocks is a story of love and betrayal played out over three generations against a backdrop of sun, sea and, yes, sex in the Mallorcan village of Cala Marsopa, once a remote, off the beaten track spot which changes through the 1960s as the tourist-trade booms and the stark beauty of the island is 'developed' as a holiday destination; the pleasure-seeking lifestyle of Lulu and guests, more in tune with the new influx of visitors, contrasts sharply with Gerald's deep attachment to his land. It's a place I've never visited but, as when I read Helen Walsh's The Lemon Grove, I felt myself to be absolutely there - swimming off the rocks or strolling along dusty lanes and through olive groves.
Against this wonderful backdrop, the lives of Lulu, Gerald and their families play out, and from the way little accidental happenings shape events, generally for the worst, it's almost as if the old Greek gods were behind the scenes pulling the strings.
The story develops in an unusual way by starting in the present, 2005, and moving backwards to 1948, evolving in a thriller-type way with the big reveal saved till last. As the reader travels back in time, they uncover the failed relationships and doomed love affairs that tie these two families together; the characters are obviously fully aware of what has happened, but the reader is in the dark and I was constantly intrigued by the hints dropped of what happened in, say, Algeciras or why Gerald abandoned his plans to trace Odysseus's route home from Troy to Ithaka.
It's a story of misunderstandings, mishaps and failures in relationships, which doesn't sound like a good read - but it is! An excellent one, in fact.
Right now it's a great way to lose yourself somewhere warm and sunny far away from February's cold and damp, but for me at least, it will be a book to come back to, even though I know the ending(or beginning), to trace the intricate plotting and see how the jigsaw pieces fit together.