How to set up your own festival ..... Sian Hoyle from Derby Book Festival

You've probably already seen me talking about a new book festival around this year - and it's not just any old book festival but one right here on my doorstep in Derby. It kicks off this coming weekend, so before it all gets underway I managed to catch the originators and brains behind the project - Sian Hoyle and Jenny Denton - for a quick chat ....


First, could you tell me briefly why you decided to set up a book festival here in Derby....
A glass of wine in QUAD has a lot to answer for!  We were chatting about what books we were reading (we’re both in book groups) and then got onto book festivals … and why didn’t Derby have one!  It seemed like a good idea and not too difficult to organise.  A few authors and venues over a weekend, somewhere to sell tickets …

...and how did you go about it?
We started by doing some research by talking to other Festival organisers who were very generous in their advice and time.  Then started to talk to potential partners in the city to see if they thought it was a good idea – QUAD, Déda, Derby Theatre, Derby City Council, Waterstones, the University of Derby.  And they all were very positive and supportive. 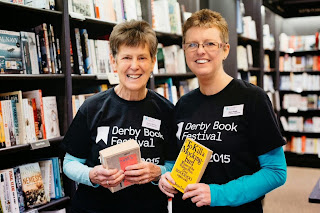 You can read all about how it happened in The Independent on Sunday:

Have you encountered any major problems in the planning?
There have been a few hiccups along the way and for every step forward we sometimes seemed to take one back.  That caused several sleepless nights.  Completing the funding applications was hard work and we were always worried about not receiving funding, but luckily these were largely successful.  Securing authors was relatively easy although it was a waiting game which was stressful. For a very long time there were only two of us and time was always an issue in terms of getting everything done.  We soon realised this was to be a five – even a seven – day a week job.  A real breakthrough moment was receiving the Arts Council funding and being able to employ Helen, who has been such an amazing organiser and has taken on some of the more difficult tasks like managing the ticketing, monitoring the finances, managing the sponsorship etc.  We really would not be having a Festival without her and the 60 strong team of volunteers who we hope will make every event go smoothly!

Is there anything you'd do differently for another year?
Lots of things, but I think we need to see how it goes and then we are planning a thorough review.  There are also lots of things we’d definitely do again too.

Is there anything you'd like to have more (or less) of?
Money so we could pay for staff!  We don’t think it is sustainable to do it again having nearly all our planning meetings in the evenings and at weekends.  We will definitely be seeking more funding for 2016.  We’d also like to ensure we involve as many communities as we can in Derby and get more ideas from local people about what they want in the next Festival but hopefully the evaluation of this year’s event will give us that.

Are you a regular visitor to other book festivals?
I’ve only been to two and they have both been in the last year as part of the research.  We now devour other festivals’ programmes to see what they’re planning.  Sadly time has prevented us from attending other festivals this year. 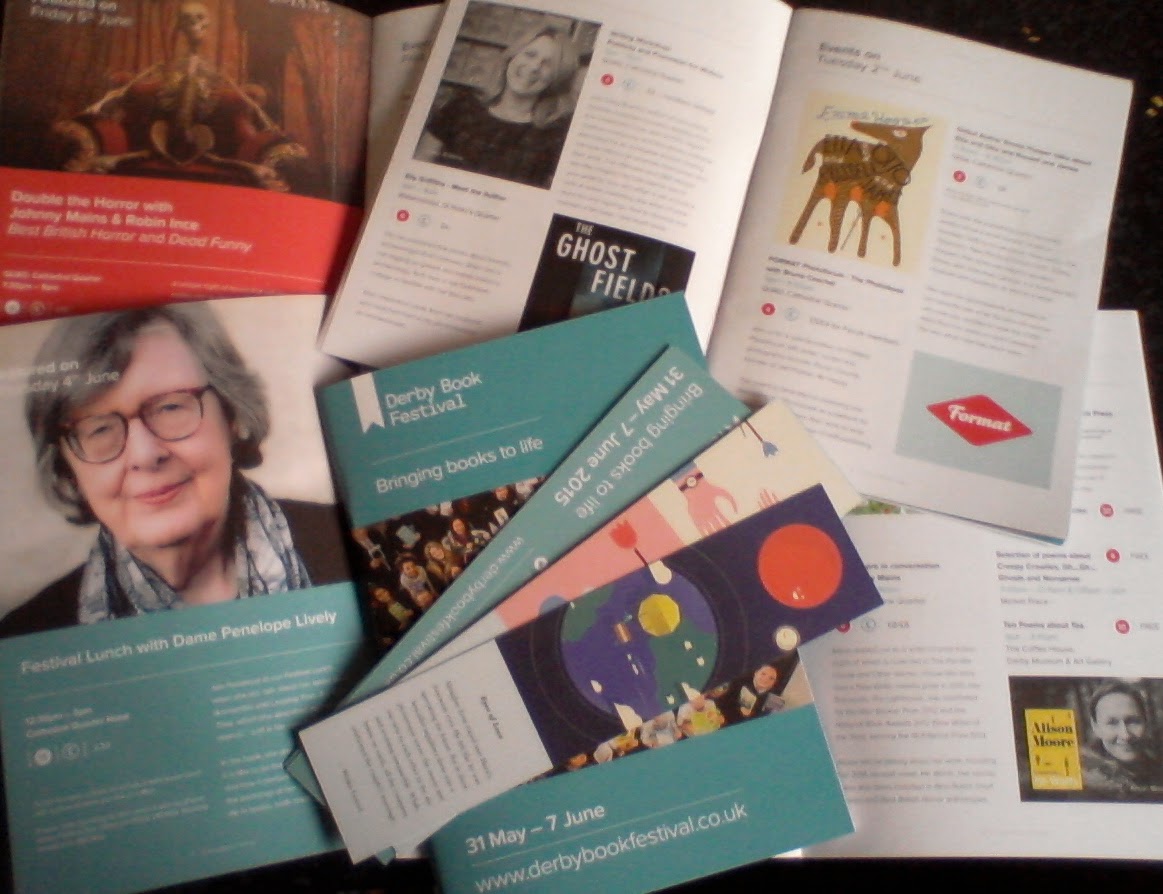 How did you decide which authors and celebrities to ask along?
We had a wish list and went for those first – and were amazed when they started to say ‘yes’.  We weren’t very systematic about our approach.  It was more a question of – let’s ask so and so!  We’d find who the publisher and publicist were and then we’d send them a pitch.  There was a lot of luck involved.

We also found out about local authors and approached them direct because we wanted the Festival to celebrate local writing as well as have the ‘big names’.  We decided early on that we wanted an event for schools and the only author we approached was Michael Morpurgo.  We are thrilled that over 500 children from nearly every school in Derby will meet him at a special event on 8 June.

We also wanted to have authors who would appeal to local residents so included events at the Cricket Club, Football Club and Derby Arena.  We hope to do more of this sort of programming next year.

Which specific event are you looking forward to? (and why)
It has to be Sarah Waters and David Nicholls as I have loved their books so much.  But also events like the Derby on Board Games as it’s such a great atmosphere there and the Nigel Lowey talk about St Pancras station.  And Dymphna Flynn, the producer of Radio 4 Bookclub, who will have a great story to tell about 12 years of choosing the books, meeting the authors and some anecdotes about the monthly recordings ….. this event is ticketed but now FREE.

To find out more about the festival, check out which authors are appearing and book tickets see here
Posted by maryom at 09:25