The Mountain Can Wait by Sarah Leipciger 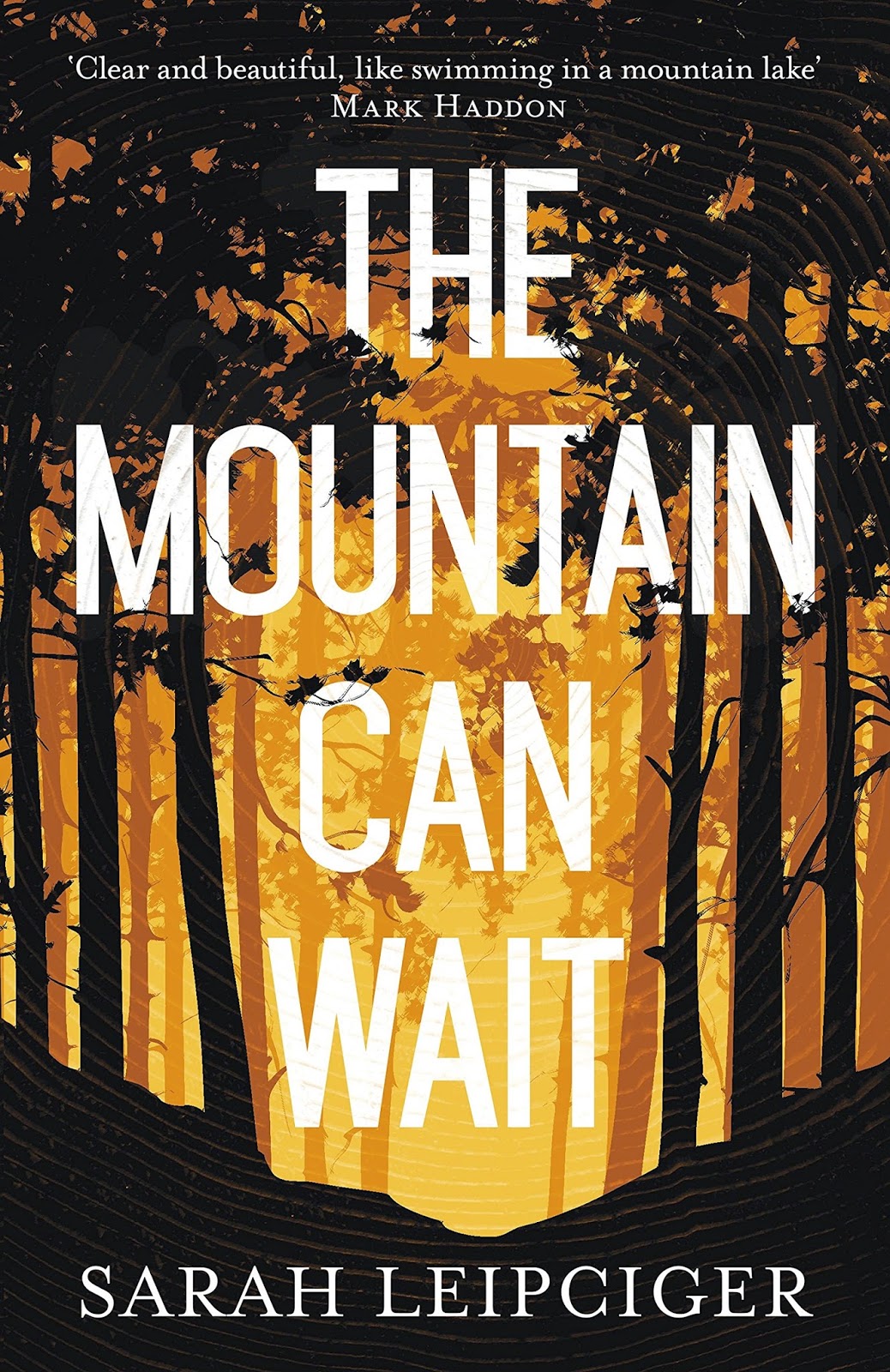 In the pre-dawn dark of early morning Curtis is driving along on a mountain highway, still a little high, dogged by personal problems and looking forward to an exhausting hike that will help put his troubles in perspective. Distracted, he doesn't spot the girl walking down the highway, and before he realises, has hit her with his truck.
His father Tom is an undemonstrative, solitary man, happiest out among the forests and mountains, but since his wife left him with two small children to raise, he's rather had to put this aspect of his life on hold. Now, with the kids grown up, he's looking to sell his forestry business, buy a cabin way off grid, cut himself off from the world and live at one with nature. Life, of course, doesn't follow man's best laid plans, and Tom finds he still has obligations, particularly towards Curtis, that must be met.

Set in the Canadian Rockies, The Mountain Can Wait is a moving story exploring the relationship between a father and his son, and the choices that have to be made between freedom and responsibility. Both father and son are, in their different ways, running away from things - Curtis, most obviously, is trying to avoid any come-back from the accident, while Tom, given a free choice, would cut himself off from all emotional ties, and live simply, almost hermit-style, deep in the mountain-side forest.
Although Curtis's actions start of the chain of events, his father Tom is the main player in this story. A man who had fatherhood thrust upon him at an early age, then had to take sole responsibility for two small children, he's spent most of his life looking forward to the day when he'll be independent and able to live life as he chooses. He's happiest along among the mountains - trekking to their summits, frolicking in the cold mountain lakes like an otter, taking such sheer physical delight in these surroundings. He's not sentimental in his relationship with nature or wild animals, rather hard-nosed and practical in fact, but prepared to accept everything from bears to mosquitoes as part of this environment he loves, and as deserving of their place in it as he is. As events unfold though, he discovers that family ties have a greater pull on him than he'd imagined, and, while helping Curtis understand that he must accept responsibility for the accident, Tom begins to realise he has an ongoing responsibility towards his children.
Throughout there's a feeling that a connection to the land is important, maybe essential to our well-being; Tom may want to take it to extremes, but Curtis, by rejecting it, has lost his way and now drifts through life, often in a drink or drug-fuelled haze - both of them need to find a middle way.

The story progresses slowly - it's definitely more of a 'show don't tell' book (in fact 'telling' the reader would probably have wound the whole plot up in a side of A4!) - but I loved it this way. The reader follows Tom as he goes about his life - setting up camp for his workforce in the depths of the forest, getting out there planting tree seedlings with them, dealing with supervisors and stroppy workmen - and back into his memories - of his wife, of the problems he faced when she walked out, of the happy, proud or anxious times spent with his children.
It's a book that will inspire you to get out there, head for your nearest mountain or hill top and soak in the beauty, even if it isn't as magnificent as the Rockies - and , yes, the landscape caught my imagination so much that I ended up googling maps and photos, pretending I was there!