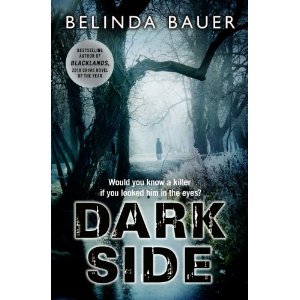 Killer on the loose!
review by Maryom

Blacklands was an absolutely stunning debut novel, it even won 2010 Crime Novel of The Year, so how was Belinda Bauer going to follow it? The answer is - with another stunning read!

We're back in the sleepy Exmoor village of Shipcott and this time there's a killer on the loose, picking on easy targets - the infirm and elderly- and leaving no trace behind him. Local policeman, Jonas Holly, is deeply shocked that such events could happen in a small community where everyone knows their neighbours and strangers stand out easily, but more so when the killer starts to taunt Jonas with his inability to prevent further deaths.
As the snow falls and blocks roads to the village, Shipcott becomes the site for a country-house type murder hunt with a limited cast of villagers, all known to Holly from childhood, so he's put out when the DCI brought in from far away Taunton doesn't ask for his help and actively keeps him out of the investigation. The tension gradually mounts as the killer remains at large yet trapped by the weather and villagers start to eye their neighbours suspiciously as no one knows where he may strike next.

As a reader, I sometimes feel that a second novel can be merely the first with some minor changes of plot and character. That's certainly not the case here. Darkside is totally different but just as stunning as Blacklands.

from Amazon
Posted by maryom at 21:00