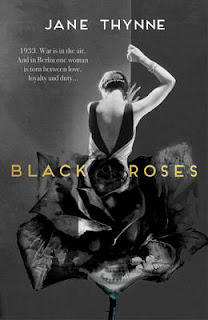 Berlin, 1933. Warning bells ring across Europe as Hitler comes to power. Clara Vine, an attractive young Anglo-German actress, arrives in Berlin to find work at the famous Ufa studios. Through a chance meeting, she is unwillingly drawn into a circle of Nazi wives, among them Magda Goebbels, Anneliese von Ribbentrop and Goering's girlfriend Emmy Sonnemann. As part of his plan to create a new pure German race, Hitler wants to make sweeping changes to the lives of women, starting with the formation of a Reich Fashion Bureau, instructing women on what to wear and how to behave. Clara is invited to model the dowdy, unflattering clothes. Then she meets Leo Quinn who is working for British intelligence and who sees in Clara the perfect recruit to spy on her new elite friends, using her acting skills to win their confidence. But when Magda Goebbels reveals to Clara a dramatic secret and entrusts her with an extraordinary mission, Clara feels threatened, compromised, desperately caught between her duty towards - and growing affection for - Leo, and the impossibly dangerous task Magda has forced upon her.

I stumbled across this book after reading Magda, Meike Ziervogel's penetrating look at the wife of Joseph Goebbels. While that book dwells on the end of Magda's career, Black Roses captures her at the point when the Nazi leaders are newly come to power.
Although basically a spy thriller with a certain amount of romance thrown in, Thynne takes the reader behind the scenes of Nazi Germany in an unusual way - from a woman's angle. As an outsider, Clara makes friends in both the Nazi hierarchy and among those those they oppress. The book begins with the dramatic death of Clara's closest German friend, Helga, a fellow actress with Jewish friends who was too outspoken for the new regime. Her determination to avenge Helga's death is what drags Clara into using her privileged access to spy on Magda Goebbels, despite the danger involved. this insider's view gives the reader a look behind the scenes at the world of the wives and mistresses of the Nazi leadership; at their jealousies, snubs and constant jostling for power. And here's one of those contradictions with which Nazi Germany seemed riddled - these women dress in designer clothes imported from France or Italy, have perfectly made-up faces and beautifully coiffed hair; a far cry from Hitler's ideal of dirndl skirted, wholesome peasant women. Although I knew from school history lessons that Hitler had a belief that women belonged in the home, I had no idea how far he took his ideas - restricting university access and the kind of jobs open to women, forcing married women to abandon their careers and become housewives, even trying to govern the clothes they wore!

Don't think though that Black Roses is a dull fact-filled book. It gives a remarkable insight into Germany in the early 1930s but as a setting for a thrilling page-turning read. Living her double life Clara is constantly on edge, aware that the slightest wrong move could spell disaster for her and Leo - after all this is 1930s Germany and the overnight disappearance of friends or family is becoming commonplace. No one quite knows what the next day may bring...