The Drowning by Rachel Ward 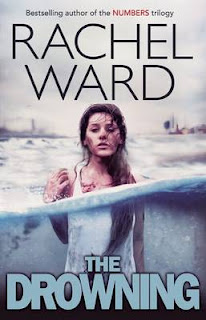 Carl awakes to a nightmare. He sees someone being zipped into a sleeping bag and tries to speak - but he can't. They carry on zipping over the person's face and he wants to scream that they won't be able to breathe. He is terrified they will do that to him and he can't tell them he's alive! They don't but they lift both of them into an ambulance. A girl gets in, looks at him and screams. That's the last he remembers. It's the only thing he remembers and when he is sent home from hospital it is with a woman that he is told is his mother but he has no idea if that's true and she is sad, angry and afraid. He is told that the dead boy was his brother and that they were both, along with the girl, in a lake when he died. What happened and who killed him? The girl? Was it him? In dribs and drabs the memories hit him like electric shocks and the doubts increase. What kind of a boy is he? He has no idea and dreads finding out.

This is one of those reviews that is so easy to give spoilers as much of the plot hinges around characters and their personality. Rob, Carl's dead brother, seems to be trying to kill both Carl and Neisha, the girl from the ambulance, and tense action follows tense action. Carl battles with Rob as Carl tries to protect Neisha, who believes Rob is a stress induced hallucination. Through the most part of the story I was convinced Rob was entirely in Carl's imagination but towards the end we are led to believe that maybe there is more to Rob. Rob was not a nice character and I found I couldn't 'believe' in him because I have never known anyone who could be quite that evil and manipulative. And Carl... could an incident like this really change someone's personality so drastically? Or has he changed? And Neisha... was she so changed or was it Rob's manipulation that makes it seem so? The ending... I will admit that I very much anticipated a happy ending because the story had an underlying 'feel good' factor to it. I was wrong - and I was disappointed to be wrong but life isn't all happy endings is it?

A very thought provoking read as you encounter what it may be like to suffer total memory loss and also reflect on what people around you might be like if the influence of others was removed.

I really enjoyed this read - despite the ending!