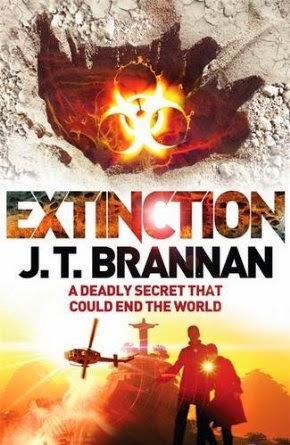 A team of archaeologists are searching Egypt's Valley of the Kings for the legendary "Hall of Records" but what they stumble upon is totally unexpected - and about to change history...
Strange events are occurring all over the world - a moving statue, animals and birds behaving weirdly, floods and earthquakes. Religious groups are out in force predicting the end of the world - but perhaps for once they're right?
Karl Jancklow works at a secret government research lab and is privy to information he thinks the world should be aware of and contacts old friend journalist Alyssa Durham. Now nothing underlines the importance of information more than the fact that people are willing to kill to stop it being passed on - so as you might expect there are 'bad guys' on the trail of anyone who might have an inkling of what's going on behind closed doors and a high security fence. Alyssa finds herself dragged into a battle on which the fate of the whole world depends.

As you might expect from that plot-outline, Extinction is a roller-coaster of an action-packed read. Alyssa, with a background in climbing and war-zone reporting, is a dauntless, have-a-go heroine who could give Lara Croft a run for her money! No sooner has she escaped from one life-threatening situation than she's plunged into another, with barely a pause for breath.
JT Brannan's debut thriller, Origin, was good, but Extinction is even better. They both share certain elements - high-octane action, government conspiracy, the fate of the world resting on one couple's shoulders and the unexpected twist in the tail - but the writing is tighter, the action faster-paced, with a couple of unexpected double-crosses thrown in for good luck - and it's definitely nice to see a woman taking the lead in an action thriller.
I'm a sucker for Die Hard/Lara Croft/Indiana Jones style films and if you're looking for that in a book, here it is!

The Mole Adds... I read his self-published book, Stop At Nothing, and loved it.