The Darkening Hour by Penny Hancock 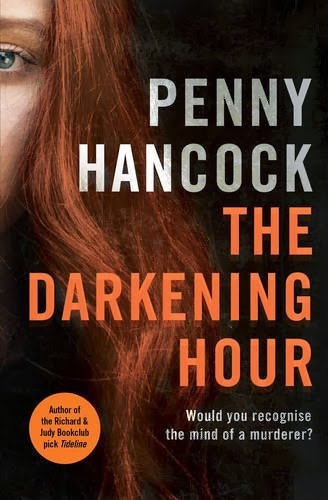 When Theodora Gentleman employs Mona as a maid and companion for her sick father (Alzheimer's) all is light and breezy.  Mona is employed under an agreement where if she doesn't work for Theodora then she must return to her native Morocco where poverty, a young child and a sick mother await. They hit it off straight away. But over time jealousy and paranoia take their hold and their relationship deteriorates - frighteningly so - to the point where one may actually commit murder. Or murders as the case may be.

This is one of those books that you can't carry on reading because it is too powerful but you can't leave it alone either. And while there's no happy ever after involved you will thoroughly enjoy it and become so involved you will want to shake either or both of them and scream at them "STOP! Look at what you've become!" but clearly you can't and they won't listen as they career towards unavoidable violent conflict.

What really worried me about this book is that the contract under which Mona is employed is actually a valid contract today and means such people can almost be treated, HERE in the UK, as slaves and that is worrying.

Political messages to one side, it's a thoroughly engaging read that will leave you moved, angry and just a little worried as to whether you could have been one of those characters.