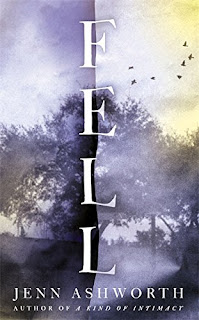 Annette Clifford is a bit of a drifter, never holding down a job or staying in the same place for long. Now middle-aged, alone and between jobs, she's returned to her childhood home in the northern seaside town of Grange-over-Sands, inherited by her on the death of her step-mother. It isn't a place she feels much, if any, affection for, and now the large house lies empty and neglected, inhabited only by starlings, and undermined by the roots of the sycamores it was named after; just somewhere Annette would like to spruce up and sell as quickly and profitably as possible. Once, though, the house had been the focus of her parents' hopes and dreams. Having inherited the house while still quite young, Jack and his new wife, Netty, had hoped to meet the running costs of such a huge place by taking in lodgers, and to perhaps one day live out their retirement there in comfort. Life of course rarely goes to plan ...
Now their spirits have been woken by Annette's return, and they watch over her anxiously, realising that over the years their daughter had been neglected - first in favour of the lodgers, then by their total absorption in Netty's illness and their desperate hope for a cure. This time, they're determined to not let her down.


It's difficult to talk about Fell without making it seem like a ghost story, with friendly spirits intervening to ease Annette's life and push it in a certain direction - but it isn't really. Rather it's a beguiling, atmospheric tale of family, regrets and reconciliation, rooted in reality but laced with something other worldly much like Sarah Winman's A Year of Marvellous Ways  or Lucy Wood's Weathering.

The story moves back and forth in time - between the present day, as Annette struggles to overcome her hostile attitude towards the house, taking out her anger on the enormous sycamores that overwhelm everything, and the summer of 1963 when Netty was ill, beyond hope of conventional medicine, and putting her faith in a young lodger, Timothy Richardson, who appeared to have a magical, miraculous healing touch. The spirits are employed as narrators who can look back to the past, remembering when they were 'young Jack and Netty', filled with such hopes for their home and life together, while also knowing how those hopes foundered when Netty became ill, and being full of regret for how their and Annette's lives turned out - it's a clever, tricky way of telling a tale but Ashworth manages it excellently.

To my mind, there's a theme throughout of the unpredictability of nature - whether represented in the shifting sands of Morecambe Bay, which once brought the river channel to Grange but have since diverted it to the middle of the bay, the erratic psychic 'gifts' that both Annette and Richardson appear to have or the cancer that spreads slowly, inexorably through Netty - and maybe there's a parallel to be found between the attempts to fell the sycamores and the efforts to combat Netty's illness. In this light, the almost ceremonial downing of the huge sycamores seems to represent a triumph of order over wildness, for a short time if not for ever.


Jenn Ashworth is an author I've been intending to read since I saw her three years ago at Edinburgh Book Festival talking about The Friday Gospels, but somehow, and despite having a copy of Cold Light waiting on a shelf, I've never quite got round to it. (Sorry!) Fortunately there's nothing like a Netgalley review copy for focusing my mind, and, having realised what I'm missing, I now fully intend to get properly acquainted with her writing - I'm glad I have a back catalogue to look forward to!