Someone Else's Skin by Sarah Hilary 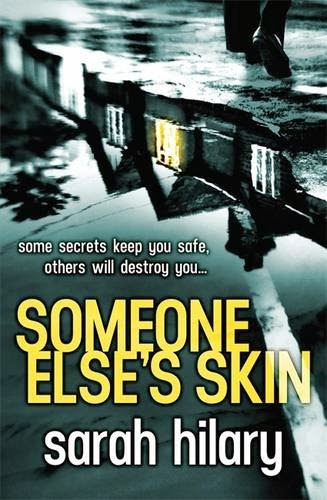 DI Marnie Rome and DS Noah Jake were only calling at the women's refuge to ask one of the residents to stand as witness against one of her family but walked in on a blood bath! Against all the refuge's rules, Leo Proctor called round to see his wife - and got stabbed. It seems like an open and shut case - wife taking revenge on her brutal, sadistic husband - but, as they investigate further, Rome and Noah discover things are not as simple and straightforward as they first assumed.

Someone Else's Skin is a stunning debut crime novel - but I'm not sure it's quite my kind of book. It's well written and excellently plotted - I loved the big reversal even though I picked up on some clues before DI Rome so the big reveal wasn't that great a surprise......but..... Despite being a police procedural in format, the author takes the reader inside the head and under the skin of some very disturbed people. I know some readers like to get inside the perp's mind, to see how they think, what spurs them on - but not me. I should really have been prepared - after all the title is a warning of sorts; getting under someone's skin is all very well if they're kind and loving but NOT when they're a perverted, abusive thug. I came away with too much of a creepy feeling for it to be a pleasant read but I'm sure some of you will love it. If you're a fan of Val McDermid, check this out!