The Dig by Cynan Jones 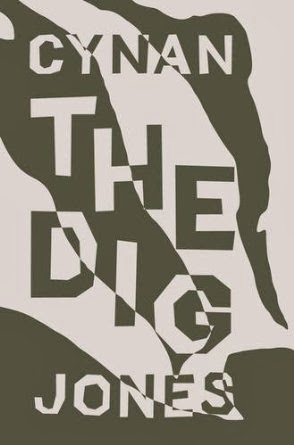 The Dig is a raw, bleak story of two very different country dwellers and the inevitable collision they're heading for.
Daniel, a farmer, is desperately trying to cope with bereavement. Worn down and devastated by his loss he's still determined to carry on tending to his birthing sheep. He life is tied up in the farm, in nurturing the land and his livestock despite the harshness of his life and the setbacks encountered daily.
On the other hand, the anonymous 'big man' earns his living in the most violent way imaginable, killing rats on local farms and digging badgers out of their setts and supplying them to people for 'sport'. The only glimmer of affection he shows is for his dogs, though even then it's linked to their ability as rat-catchers or badger-baiters.
The Dig isn't about a sunshiny, cows-in-pasture, rural idyll but takes an unblinkered look at the harsh realities of the countryside; the sheep aren't cute bundles of fluff gambolling in the fields but animals made of blood and guts; badger-baiting is no country 'sport' but pure vicious brutality.
Jones has an astounding ability to conjure feelings and sense of place by a few well chosen words. I felt I could share Daniel's grief and his commitment to the land that is part of him, the big man's animal cunning and fear of being trapped, and also the sheer terror of the tormented badger. At times, because of how immersed I felt, it was a hard book to read.
There are many disturbing passages but two stand clear for me; the horrible violence done in the name of sport to the badger and, to a lesser extent, the dogs in the baiting pit - what people find to enjoy in maiming animals or encouraging them to fight each other is beyond me -  and the chapter where a boy is taken along to a badger dig as if initiating him into becoming a 'man'. It isn't the fun experience the boy had expected but, to avoid losing face, he forces himself to join in and is persuaded that he's enjoying it.

It's a grim, shocking and stomach-turning read; the one brief moment of pure happiness that lights up the end casts the rest into even deeper darkness. It's not for the faint-hearted or squeamish. And yet, I'd say 'read it'. You'll come away moved.


Following on from this, I interviewed the author about The Dig, badger-baiting and not twisting the story to reach a happy ending Cynan Jones - author interview The Dig