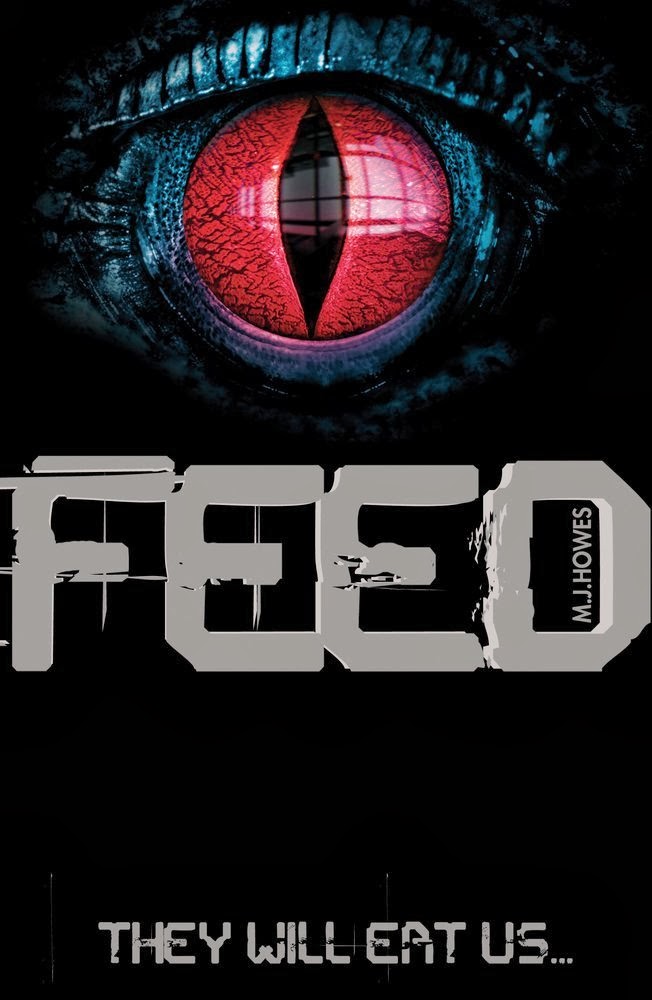 Imagine that humans weren't at the top of the food chain...that aliens were circling the Earth in massive space ships with one intent - harvesting us! That's the horror facing 14 yr old friends Lola and Patrick. They're used to hiding whenever the Sweepers come down looking for more tasty dinner but when Lola's dad is taken in one of the raids they have to find a way to save him, even if they risk being taken too.

Feed is an attention grabbing sci-fi thriller aimed at the 10+ age group, but written in a way to appeal to young teens as well - after all, I really wanted to know how it ended and couldn't put it down! It's fast-paced, full of almost non-stop action-adventure with plenty of twists and turns that even I didn't expect.
Lola is an amazingly brave heroine, not to be put off by a little set-back or the disgusting things that she uncovers but determined to carry out her plan even when she herself is endangered, whereas Patrick is the slightly geeky 'brains' tinkering with computers and electronic circuits.
For readers looking a little beyond the surface, there's a thought-provoking concept - what if we humans weren't the top of the food chain? We farm cattle, sheep and pigs for their meat - why shouldn't Aliens treat us the same way?
There's a lot of tension and alien gore so it might not appeal to everyone - but otherwise it's an absolutely brilliant book!

from Amazon
Posted by maryom at 09:49