A Sword of Ice and Fire 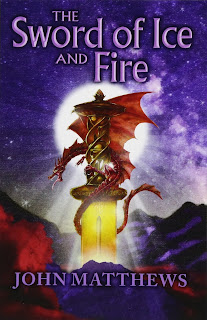 We're all more or less aware of the tales of King Arthur and the Knights of the Round Table - whether through books, or film - but what of his childhood?
In The Sword of ice and Fire, the first of a four-book series entitled Red Dragon Rising, John Matthews visits those early formative years, weaving a story of magic and dark forces that will grip readers.


As a baby Arthur is brought by the wizard Merlin to the castle of Avalon, to be looked after by Sir Hector and his wife. The castle is a mysterious place, with passageways and rooms that move around, and ruled over by 'The Nine' - sisters with power equal to, if not greater than, Merlin's. As he grows older, Arthur begins to query who he is, and why he must live in the castle. He's no longer content to remain within its walls, but, although he makes new friends in the surrounding forest, outside the sisters cannot shield him from the forces who wish him harm.

Matthews is drawing heavily on Arthurian myths, so obviously a lot of the story may feel familiar to adults. It's aimed though at older children/young teens - roughly the age group who'd read Harry Potter, and it's a story they'd love. There's the same mix of magic and action; a young boy brought up in ignorance of his heritage starting to take on the role he'll be required to fill, dangerous otherworldly enemies to defeat, and quests to fulfill - the Sword being the first one. 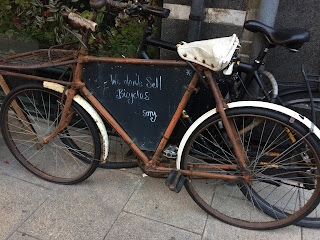 We'd been planning in a vague way of going to Norfolk for a few days, but couldn't settle when or where, then fate took a hand, in the form of a Facebook event notification for the launch of Unthank Books' latest short story collection - Unthology 11 - to be held in Norwich. It wouldn't be quite fair to say the whole break was planned round it, but it did give some focus to our plans. We picked a BnB midway between Cromer and Norwich, spent the day at the coast, and headed into town for the evening. 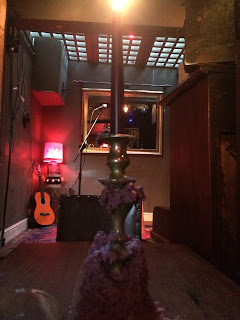 Most of the book launches I've been to, possibly all, have been held in book shops. Unthank had chosen somewhere rather different; The Bicycle Shop, a quirky delightful restaurant, which no longer sells bikes :) 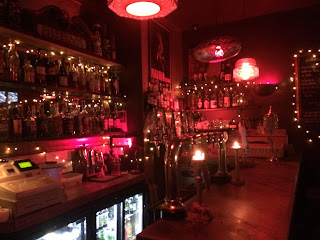 The event was held downstairs, in a room lit by twinkling fairy lights and candles. I loved it! 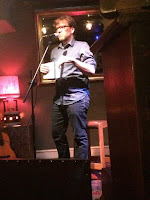 Proceedings were opened by co-editor Ashley Stokes who read a few words from his introduction to Unthology 11,

"What would it take to push you to the edge? And beyond? The moth that flutters round a bulb. The echo of long-drinking that hums inside your head. Your softness against all that hardness. The reflections of the glass megalith. The darkening street beneath a line of magnolia trees. The leaves of the apple tree freckled with rot. A black and ragged looking bird. One of those planes that pulls paper letters behind it. Thick, sibilant words that make your mouth water just hearing them. The scuzzy streets of Archway, where no one cares who you are. Welcome to the hinterland. Welcome to Unthology 11."


I've read my review copy of Unthology 11, and the stories definitely take the reader to strange places hidden almost in plain sight, lurking just behind the facade that people present to the world.

Being the launch of a book of short stories there was more than one author on hand to read their work - in fact, there were four, which gave a real feel for the varied writing styles and subject matter.
First up was Jude Cook reading from his short story The Night Nurse, followed by Georgina Parfitt with her Christmassy tale Wise Man.


A short break gave me time to browse the collection of Unthank books on sale, and buy a copy of Sarah Dobbs' second novel, The Sea Within Me (it's a stunner; something Philip K Dick could have written, and she also has a story in this Unthology). Something about the lighting changed during this break, so I could take photographs of the two writers still due to 'perform' - Rachael Smart - Various Cuts of a Holstein -  and Paul Davenport Randall, who rounded off the evening with some of his story of modern slavery, Bloodstock. 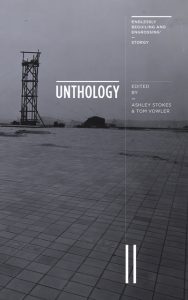 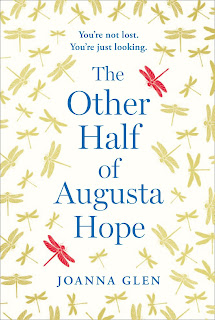