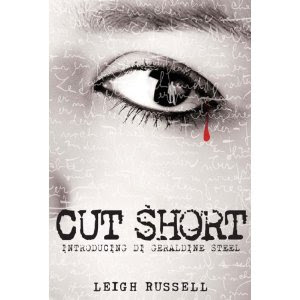 I have read and reviewed this book for Nayu's Reading Corner. A very good crime thriller and great for holiday reading.

The Calligrapher's Daughter by Eugenia Kim * * * 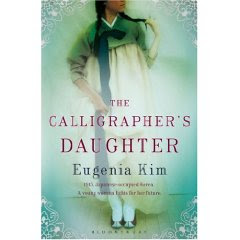 The story of Najin, the Calligrapher's daughter is set in Korea from 1915 or so till the end of the Second world War, a period when it was occupied by the Japanese, and Korean customs, language and history were suppressed.
Najin is brought up in a privileged aristocratic family and her father seeks to marry her into another but his plans are foiled when her mother arranges for her to live at court as companion to a young princess and later when she trains as a teacher and achieves an independence unknown to her mother's generation.

Much of it based on the life of the author's mother and it does read at times as more of a biography than a novel. Whole years of Najin's history are condensed into the form of letters received by her - first during her years at court and then while she is treated almost as a slave by her in-laws, surely years of personal growth and development which I felt should have been explored more.
On the other hand, I think it could easily have managed without the sex scenes which didn't feel relevant or in keeping with the tone of the book.

On the whole, an interesting book though I think I'm unlikely to re-read it. Probably would appeal to those who liked Wild Swans by Jung Chang.
Posted by maryom at 14:27 1 comment:

click on the link
http://tinyurl.com/yha9rp4
Posted by maryom at 14:59 No comments: