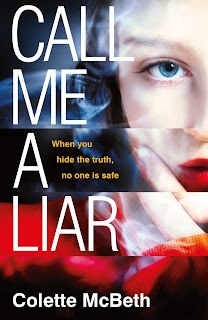 The False River by Nick Holdstock 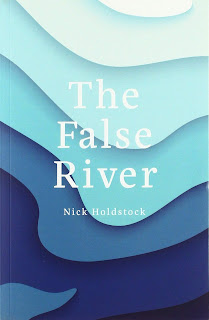 I think somewhere within us, you could probably chart it back to childhood's fairy tales, there's an expectation that stories will have a happy ending. The hero or heroine may struggle through loss and hard times, but when they reach the final page their ending will be happy. Well, not here.


In this collection of twelve short stories, Nick Holdstock brings us a glimpse of a world where it seems like if something can go wrong, it will. The characters struggle with loss, anger, ill health, or just the weight of day to day life, and circumstances thwarting their hopes of happiness. Somewhere, I felt, they'd all had a chance of a better life, but missed out.

The last story, The Curve of the Heavens, takes a step to the side, inviting the reader behind the scenes, so to speak, letting them see how the story is crafted, the characters moved around, good and bad luck distributed, and destiny decided by an omnipotent author. Here for once there's a happy ending of sorts, but my favourite was the preceding one, The Slope, about a young pianist determined to enjoy music (and, by extension, life) and leave the hard bits for another day.

Holdstock's prose is sparse. He writes as if watching his characters from a distance, uninvolved other than as an observer, but still building empathy for them in the reader.

I first read this book a few months ago but the overall mood seemed sad, and I wasn't in the right personal place for sad stories. Looking through the list of 'read but not reviewed' books I realised it had somehow slipped through and revisited it. I still found a lot of sadness, of life going pear-shaped, of missed opportunities, but this time, from a better personal position, I saw people still trying to hang onto hope despite everything. One of the characters describes them as "Broken people ill-treated by life who still cannot give up" - and I can't put it better.


My reading/reviewing took a knock last year, and I haven't read anything like the number of books I usually would. As a result, I haven't gone for a full Top Ten of the year (also, you might note, I'm late posting this). Anyway, here we are, with some of my favourite books of 2019

Stillicide by Cynan Jones. Breath-catching, heart-wrenching, stunning - a series of self-contained but linked short stories set in a bleak, not-too distant, future where providing water to big cities requires military precision and armed guards. Although it's a long step from Jones' previous works set in rural Wales, there's the same precision and attention to detail, his ability to get inside a character's head and create living, breathing people is just the same.

The Sea Within Me by Sarah Dobbs. More dystopian sci-fi, this time in an England threatened by rising sea-levels and terrorists. In grim, beleaguered Newark by the Sea, the government is trialing a scheme to combat crime and fear which erases anything unpleasant from people's minds - a way to keep the population happy, or a form of mind control?

The 'Eternal Sunshine of the Spotless Mind' vibe continues with Bridget Collins' The Binding. A gripping tale of betrayal and hidden secrets set in a vaguely Victorian setting, unhappy memories are gathered by a form of magic, and bound into books. When Emmett is apprenticed as a bookbinder, he starts to uncover his own hidden memories - and his view of the world changes completely.

And The Wind Sees All by Gudmundur Andri Thorsson Another collection of short stories, this time fitting together like a jigsaw puzzle to paint a portrait of the inhabitants of an Icelandic fishing village. At a cursory view they seem happy, respectable, comfortable in their life and ways, but behind the smiling faces heartache, betrayal and deceit lurk.

My last pick - Once Upon a River by Diane Setterfield - is a bit of a cheat as I also included it in last year's 'best of' list; it was only available then as an e-book, now it's in 'proper' book form. It's an astounding piece of storycraft - a tale as much about the stories we tell ourselves to make sense of the frequently puzzling world, as it is about a girl rescued from the river one dark, stormy night.