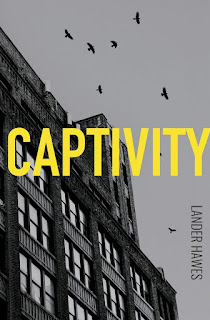 Josh Haddon is a well known, you might even say famous, actor. He lives in a luxury flat in an upmarket part of London, can take his pick of the many scripts that come his way, receives invites to show biz parties, gets recognised in the street, and takes advice from his equally-famous neighbour tennis star Jeff Brazer on how to avoid the paparazzi. But as the story follows him on his day to day routine, a picture begins to build of a man living in an emotional vacuum, one who has lost something precious, something that he certainly didn't value at the time but is irreplaceable. Now his days seem purposeless. Sticking strictly to a routine gives him the illusion of activity and purpose, but his mind still wanders, via the photo album prominently displayed on his coffee table, to the non-so distant past before he was well known, yet life was somehow better.

I read Captivity straight after a deeply-immersive stream of consciousness atmospheric narrative, and at first found it a shock.
The tone of the narration seems simplistic, lacking in stylistic flourishes, but they're Josh's words, capturing in detail the smallest happenings of his days, and equally adroitly avoiding any emotional issues.

It seems at first to be a story concerned with the superficialities of life - money, cars, women - but it's a slow-burn revelation of character which explores the downside of fame, and the concept of  'captivity' in a variety of ways.  He's still held captive by his past - his early married life in the suburbs, the empty days between small acting jobs, the sudden end of this time, coinciding with a meteoric rise to fame. And now, although Josh may have found fame and fortune but they haven't brought freedom with them. In fact they've brought a new form of captivity; the unwanted attention from fans and journalists, the gilded cage of his flat, his image of who he is, and even the glamour and glitz of his new life all trap him in different ways. Faced ultimately with a choice between real friendship and the superficial glitter of fame, he chooses fame. I think how the reader views the ending will depend on their own views of life - me, I found it sad. 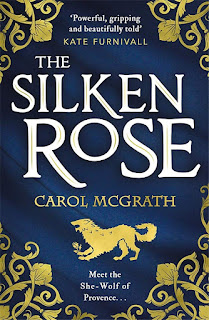 The Riddle of the Fractal Monks by Jonathan Pinnock 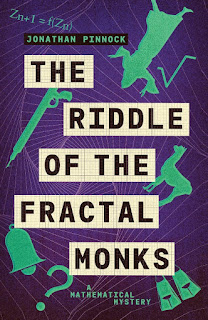 Tom Winscombe and Dorothy Chan were hoping for a quiet evening out listening to choral music by twelfth century Saint Hildegard of Bingen. Their plans get sent somewhat awry though by the death of robed monk, after falling from an upper gallery. They're soon off on a trail which leads them to a very strange religious order, and to Isaac Vavasor, custodian of the papers of his famous brothers, mathematical geniuses Archie and Pye. Somewhere along the way there are alpacas and pigs, a missing thesis to be retrieved from the bed of the Bristol Channel, an assassin with a harpoon gun, a secret mountain-top monastery to break in to, and people who'll do anything to stop Tom and Dorothy finding out whatever the monks are hiding.
This is the third of Tom and Dorothy's adventures, and really if you want to understand all about the exciting ground-breaking mathematical theories of the Vavasor twins, the applications they can have in the 'real' world, and the lengths people will go to to get their hands on a few equations, you're best to read The Truth About Archie and Pye, and A Question of Trust before embarking on this story. You could just plunge straight in though; you'll probably pick up the gist of things as events spiral out of control.
It doesn't really take a lot to get Dorothy involved in anything concerning the Vavasors, and where Dorothy goes Tom is often not so much just behind as being sent in front to do the dangerous stuff. Dorothy is definitely the brains, while Tom provides the, well, 'muscle' doesn't seem quite the right word, but something close. I've lost count of the ways he's avoided a bizarre death so far, and this time is no different.
Throughout lockdown, I've struggled to find books that hold my interest. Maybe because this is just not trying to reflect the 'real world, it did. It's maybe not an overly plausible story-line, but it's a compelling read and a lot of fun.
Tom is never going challenge James Bond at espionage, but he's always willing to try.
Posted by maryom at 11:38 No comments: 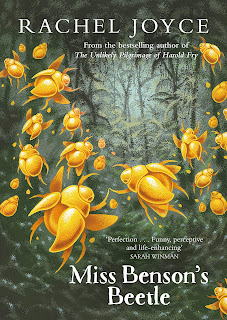 Life has forced Margery Benson into a dead-end teaching job which she's never enjoyed. Then one day in an uncharacteristic moment of passion, she storms out of school, burns her bridges and decides to pursue her one dream, to find the undiscovered Golden Beetle of New Caledonia; an insect which has long been rumoured to exist but which no one has caught and categorised. To help on her quest, Margery will need an assistant - one as practical and down to earth as herself; one with stout shoes and practical clothing, able to cope with jungle, heat, and the basic living conditions they'll have have to tolerate on their expedition. Instead, she ends up with Enid Pretty; petite, curvaceous, and dressed head to toe in pink - possibly the most impractical explorer's outfit ever!

Miss Benson's Beetle is a light-hearted, engaging, feminist tale of adventure and adversity, of over-coming the odds with the help of one's friend, and attempting to fulfill one's long-held dreams.
Together they make the most unlikely pair, but Enid refuses to be left behind, so they set out to the other side of the world on a journey of discovery, of both beetles and friendship. Margery and Enid are perhaps the most unlikely two women to ever imagine as friends, but, thrown together by circumstances and Enid's determination to not be left behind, a bond gradually grows between them. Both have long-held dreams, and New Caledonia looks like the place they might come true.