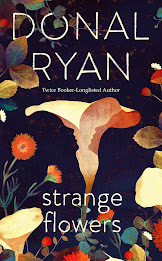 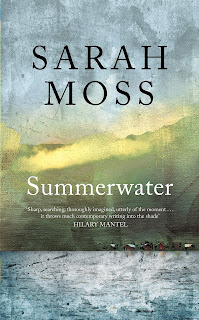 At the end of a long single track road sits a holiday park, a small group of wooden chalets. With a lochside location surrounded by mountains it sounds like the perfect place to rest and relax, to get back in touch with nature and the simpler things in life, far away from normal everyday life. But the Scottish weather is proving a disappointment. The rain is constant. Getting out and about seems unappealing. There's little for the families on holiday at the park to do but stay indoors, and maybe watch the other holidaymakers.
A wife tries to outrun her problems, children are forced outside to play by the water, teenagers would rather be anywhere else. A young couple think of what their future holds: an older one reminisce about the past. One family, though, is marked out as 'different'. They play music and party late at night. They don't have the proper 'serious' clothing and footwear. Maybe you aren't allowed to have fun while the rain continues to pour and ruin everyone else's holiday?

Over the course of a day, tempers start to unravel, tension rises, and, whether it's from children spotting another child who's easy to bully, or from the solitary guy camping nearby, there's a feeling of trouble brewing.

Sarah Moss has perfectly captured that claustrophobic mood of sitting hunkered inside out of the rain, day after day, in an area where all the attractions - walking, swimming, cycling - are outdoors, of longing to go out but being soaked after a few minutes, while inside wet clothes steam but never dry out, and the windows fog up from condensation.
Following first one person, then another, we see the day unfold from different perspectives, and with each of them that uneasy tension builds. By close observation and dipping into their thoughts, at the end of the day/novel, these feel like people you know intimately, possibly better then their close families do. There's a certain similarity to Jon McGregor's If Nobody Speaks of Remarkable Things, with the emphasis being on people going about a fairly ordinary day, doing little of importance, while unknown to them tragedy is about to strike.
And the ending ... well, that's one that will resonate for quite a while. DO NOT be tempted to skip ahead and see what happens. On a second or third reading you'll know how things work out; just once let the full shock hit you. 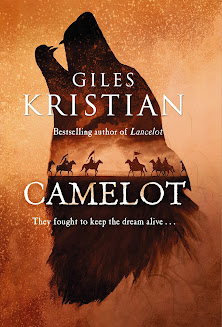 Ten years after 'King' Arthur's defeat in the 'last great battle' against the Saxons, Britain is a leaderless land, fallen into famine and desolation. Arthur has disappeared, feared dead, and the Saxons are preparing to sweep through the country and take over.

For those ten years, Galahad has lived in a remote monastery in the marshes, expecting that one day he will become one of the brotherhood who guard the Holy Thorn of Joseph of Arimathea, but fate has more exciting and dangerous things in store for him - first when he meets the spear-wielding, Saxon-killing girl, Iselle (she saves his life), then when famed warrior Gawain arrives, determined that Galahad should join his band of men and help oppose the Saxon advance. And off they go, on a series of quests, to find Arthur, the druid Merlin, and a magic cauldron, and hopefully rid Britain of the Saxon invaders.

Camelot is an interesting retelling of the story of Galahad, son of the Lancelot, which mixes legends about King Arthur and the Round Table with fairly accurate historical setting of the turbulent post-Roman 'Dark Ages'. For this isn't a tale of gallant knights in shining armour, but of a people plunged into despair, vaguely remembering the glory days of Arthur and his knights, but lacking the will to band together and bring back those days. In contrast, Gawain and his men may be grizzled old warriors, somewhat past their prime, but they still believe in the cause they once fought for, and are ready to give their all for one last chance to push back the encroaching Saxons. The involvement of Merlin and his (rather dubious) magic, takes the story out of straight 'historical fiction' and adds a 'fantasy' element.

Oddly, because it is primarily a story filled with fighting and unpleasant deaths, it's not necessarily quickly-paced. There's a lot of description of settings from the marshes of Somerset, to cliff top castle at Tintagel, to atrocities encountered along the wayside, but these help build the atmosphere of place and time (and to be honest I sometimes find blow by blow fight scenes tedious)

The author describes Camelot as a 'companion' rather than sequel to his previous novel, Lancelot, and it certainly worked well for me as a stand alone book.