The End of Men by Christina Sweeney-Baird 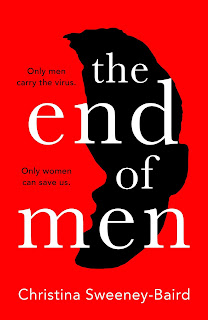 A patient arrives in  hospital with flu-like symptoms and within hours he's dead. His illness is like nothing anyone has seen before, and before anyone has chance to act the infection is sweeping through the hospital and beyond. The most bizarre thing is that only men seem to be affected. What do you do when the world's faced with losing almost half its population, and its accumulated skills and knowledge?

This isn't published till next spring, and I'm not sure whether its relevance to this past year will work for or against it. How many want to read more about pandemics? Will we have had quite enough of them by then?I'm not sure. I've happily watched Contagion (and criticised it) during lockdown, and raced through this. Maybe it's akin to watching disaster movies or real-life medical dramas? Whatever, it's a compelling read - particularity the first half/three quarters, it slows after that - and I rather enjoyed it even when picking fault with the characters' actions.

Unfortunately we're all now experts on pandemics, so a variety of things may grate - no lockdown, no mention of R number, no segregation of men and women. And as a voracious reader and watcher of apocalyptic pandemic fiction I like to spot details that I think might not hold true, and plan how I would do things differently and, of course, better (down the Winchester for a pint), so I did somewhat pick holes in the plot as I went along. As I said, though, I still enjoyed it. It's gripping, quickly paced, and highly topical!

It would make a brilliant read for a book club, or just to discuss among like-minded, slightly survivalist friends. I'd love to hear a man's opinion of it - though he'd probably insist he'd fall into the tiny immune group.

The Bass Rock by Evie Wyld 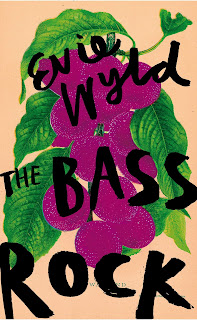 Anyone who's visited the coast near North Berwick will have seen the Bass Rock sitting out to sea, dominating the horizon. In the same way it looms over the lives of the characters in Evie Wyld's latest novel.

The story follows three women, close in location, but separated by time.

First chronologically is Sarah in the 1700s - accused of witchcraft and running for her life.

In the mid-twentieth century, Ruth is trying to start life again, after the loss of her beloved brother during WW2.  She's moved to North Berwick with her husband, a widower with two boys, and is having difficulties fitting in to this new life with a ready-made family, in a strange town.

Sixty years later, in more or less the present day, Viv, the daughter of one of those sons, is journeying between life in London and North Berwick. Her father has died, and the house needs to be cleared of personal belongings, including some belonging to Ruth, before the house is sold.

At first the storyline seems to jump about here and there, but persevere as it builds into a compelling but disturbing read. For all three women life is defined by rules created by men - how they should behave, what they are allowed to do (sometimes even think) - and, of course, if men are provoked to violence it's the women's fault.

Wyld's writing is perceptive and empathic, bringing the characters to life through close observation of their actions. An initial feeling of slight weirdness builds imperceptibly into a feeling that dreadful things could be about to happen at any moment.

Throughout, Bass Rock is there in the background, a constant brooding presence, watching every move. In part its presence seems malevolent, an all-seeing eye which will take action if anyone steps out of line (a bit like The Prisoner's 'Rover'), but at times I felt it could be seen as an unattainable land of safety. 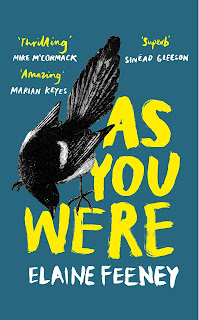