Shadows on the Tundra by Dalia Grinkeviciute 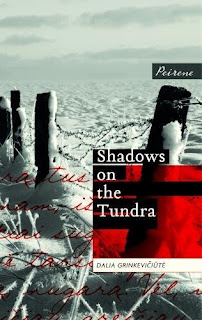 
in 1941, as the German army advances from the west, thousands of Lithuanians, including 14 year old Dalia and her family, are deported by the Russians. First they're moved east, to work on a beetroot farm, then north to the Siberian arctic where they are part of a project to establish fishing factories along the coast. They have to build their own barracks, work twelve hour days (and more), receive barely enough food to survive on, succumb to lice, malnutrition, scurvy. The conditions are horrendous; life expectancy low. Somehow though, some of them manage to survive.

Based on actual events, in the words Dalia scribbled down and hid when she eventually returned to Lithuania, this book is a gripping, moving account of survival in harsh, inhospitable conditions made worse by lack of the basic human requisites of adequate food and shelter - in fact, existence is only made possible by stealing and burning wood from building supplies, and taking the fish which should be processed and sent south and west to feed Russian cities.


Dalia isn't asking for our sympathy. There's little reminiscing about life back home. Although she does occasionally contrast 'then' and 'now', she knows that isn't the way to survive. Bad as the situation as, she has no choice but to accept it, make the best of it, and not give on on the hope that one day she will make it out alive.

The mass deportation of Lithuanians, Latvians and Estonians was something I was aware of from history lessons, as were the often crazy, ill-informed schemes the Socialist bureaucracy came up with for harnessing the potential of their vast country. But dealing with people in their thousands and millions deprives them of humanity. This book brings a very personal insight into the suffering caused by these actions, putting a face on at least one of the nameless thousands involved.

The First King of England: the story of Athelstan by Stuart Hill 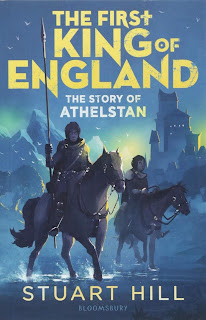 
Fourteen year old Edwin is one of the lowest of the servants in the Royal Hall at Tamworth, doing all the boring, dirty jobs in the kitchens, till one day he accidentally picks a fight with the young prince Athelstan. Fortunately, instead of sending him off for punishment, Athelstan takes a liking to Edwin, and makes him his personal servant. From then on the two boys are constantly together and their relationship becomes more one of two friends than master and servant. As they get older, Athelstan assumes the role of king of the Saxons, but he's determined to be more than just their king - taking on the might of the Vikings, Scots and Welsh to make one united country, Britain.

One of Bloomsbury's Flashback series, aimed at the over-sevens, this story of an unlikely friendship between a prince, Athelstan, and and his personal servant, Edwin, takes the reader to a tumultuous time in British history when Saxons, Vikings, Welsh and Scots were struggling for dominance. Through Edwin's eyes and words we're introduced to the Wessex court - its way of life, the behind-the-scenes politics of its rulers, the training for battle that all boys undergo but which is more important for Edwin as he will be protecting Athelstan in battle, feasts at which Edwin must now serve his master, and quieter domestic times when Athelstan and Edwin are just two boys playing games with their dog.

Part of the aim of The First King of England is to provide support for Key Stage 2 - but don't let that put you off! It's not a dull text book but a rattling good read. There are obviously a lot of non-current words used from aethling to burgh, place names such as Wessex and Mercia, and back story of the historical characters to catch up on, but they're all explained as Edwin encounters them. The battle scenes make the story gripping and exciting without glorifying war itself, or being too violent, making this an excellent read for any children who thought they might like to watch The Last Kingdom or Vikings, but were stopped by parents!