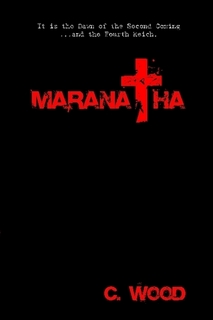 Not what it seems!
Review by The Mole


The Holy Spear of Destiny has been vandalised in the Vienna Hofburg Museum. When she is called upon by the authorities to test the authenticity of the spear, metallurgist Vanessa Descartes finds herself dragged into an horrific murder case. She is joined in the investigation by eccentric Oxford scholar Dr. Emmanuel Khalamanga, who is convinced of a connection to ancient Holy Grail legends and Professor Tomas de Carranza, best-selling author of radical Biblical histories. As this diverse trio begin to interpret the symbols left at the scene, an even more terrifying reality reveals itself – the existence of an invisible ‘holy war’ that has been fought since the Middle Ages, and is about to end in blood and death on the streets of Vienna.

This book is self published and what surprised me at the outset was the author made no secret of it. The cover gives little away. On studying the cover it seems like it could have a Nazi bias and even a racist one, so before agreeing to review this book I started by asking what the genre was and was told "occasionally gory whodunnit, with some horror overtones, some (possibly) paranormal activity and with elements of the paranoid conspiracy genre". The author went on to compare it to a TV series called Millennium which is something I haven't seen. Having checked the series on IMDB.com I thought that maybe we were talking more like The Da Vinci Code. I didn't like The Da Vinci Code but was sure it would have to be dissimilar enough and decided I would give it a go. Since my reading it a review has appeared on "Fenriswulf Books" website. This review is not flattering and if I'm deadly honest is not wrong in much of the criticism but I think it has concentrated too much on the negative.

I would choose to describe this book more as an Indiana Jones meets The Da Vinci Code - although I would stress that the subject matter and plot have no resemblance with Dan Brown's except that in both a mystery is slowly cracked which leads the plot across large distances and even brings them into conflict with the police.

The characters are well constructed and could mean that Mr Wood can never get a taxi in Manchester again but I really got to understand them and found their actions to be consistent with the people he had painted. The "gore" was not overdone but done at a level to suit the story. Yes there were times that, had I been an alpha reader, I would have said that something should have been omitted but in general it read and moved quite briskly on.

I really did enjoy the book as a whole and found the basis of it to be researched quite well although I am not an expert on the subject and had to google to check this out - something the average reader wouldn't do. I also liked the way secrets were not held back from the reader and we had total openness. As plot unravels the author takes the occult, in which we have been swamped, and links it to modern science bringing a reality check to the plot and increasing the tension.

The story leads to a final showdown which is tense and fast but also consistent.

The epilogue says too much in my opinion and while there are bits in there that the reader will appreciate there are also bits that may irritate and really should be omitted.

Once again I enjoyed this book for all it's weaknesses and would recommend it readers who read mysteries like The Da Vinci Code.

In light of the criticism levelled at Maranatha by the review that I mentioned, it is currently undergoing a review in time for a reprint. It is also getting a new look by way of a cover update. Check it out when it comes available.
Posted by The Mole at 20:18